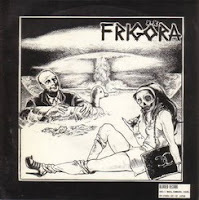 Here 's a combination of a japanese and a swedish band delivering both ferocious swedish hc/crustcore: Frigora/Diskonto split was released by Blurred Records in 1995 on green vinyl. Frigora were from Japan, they had lyrics in in swedish, they had swedish names and worshiped Mob47: Their tracks seem to be a page taken from the Mob47 book, they started by former members of a band called Liberacao, they released this split, the st 7", a split tape w NPH from Equator (1995)and a demo tape (1996), in 1998 they released Dance of the Plague bearer lp and one year later the "1995-99 discog" cd, there is also a Live in Shinjuku Antiknock, recorded in 1995(there is a lp version of it) and a contribution in Chaos Of Destruction comp,member(s?) continued with a band called Deconstruction. There is also the "Liberate" discog cdr (incl,their official releases, the Liberacao demo and the live tape plus their contributions in Konton Damaging Massacre comp and the bonus track of Ferocious X 1st 7"),they also appeared in "Killed By Seanocide", "Ugly Thrash" and "Burn 'Em Down" comp..
Too much shit about Frigora, i dont have to blurb about Diskonto since we already learned about them from "More power to the cops..7", i dont know which side to choose, both bands are great, check it and choose yours..
Tracklist:
Frigora:
1. En politiker
2. Idiotisk kapitalism
3. Barbarernas offer
4. Vald
5. Ett dyurforsok (stinker)
Diskonto side:
1. Krigshetsare
2. Rustningsindustrin
3. Barndomens helvete
4. Vem har ansvaret
5. Fortryck och slaveri
6. Maailmansodan lapsia 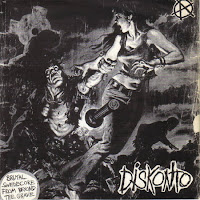 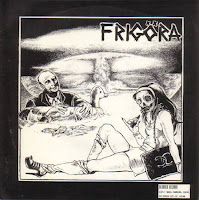 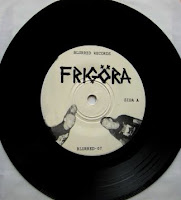 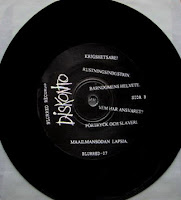 Thanx, another one I've been looking for.

Ok Frigora wins easily. how they manage to sing in swedish accent is beyond me, and i am swedish!