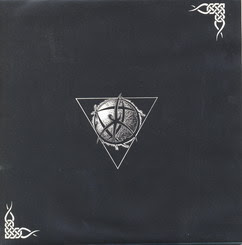 Hi to all from the new member of this blog & a shout-out to 7inchcrust for adding me to it. I'll be posting - rather infrequently, I'm afraid - some releases I ripped & scanned myself & which are hopefully of interest to people reading this blog. You'll notice that I'm not particularly knowledgeable regarding what I post, so I'd appreciate any info one would be willing to offer on a release/band featured here - please post a comment, it's good karma!...

The first of these is Anarcrust's self-titled 7" from dog-knows-when (mid-to-late '90s, I guess). The band operated from Rotterdam, NL & was featured in Skuld's "Whispers" compilation (that's how I came to hear of them) & in Profane Existence's "Think Globally, Act Locally" compilation. Although I didn't dig the track featured in Whispers (& don't remember their track in the other compilation), I have to say that I liked the 7" in question: a sound all of their own, if not all that groundbreaking... Apart from that, the band is a complete mystery to me (& I guess to many other people, as there's practically no info on the web related to them; even the mighty Women In Heavy Music have given up on them). Apparently, they recorded a couple of studio albums ( "Freedom Of Coalescence" & "Progression Of Decline") & a live one ("Smooth As A Motherfucker: Live In Maribor 1.3.95").

This self-released 7" came in a gatefold cover with beautiful artwork. The left pocket of the cover contains an inlay, the right one contains the record (white vinyl with entirely black labels), & the cover opens up (gate-un-folds?...) to the lyrics of the two tracks. That's it. (Except maybe for one thing: does anyone else thing the band member in the far right looks somewhat too much like chucky the killer doll?...) 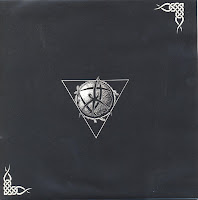 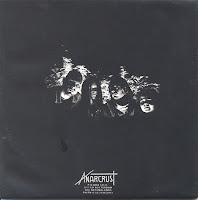 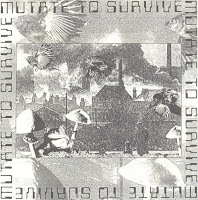 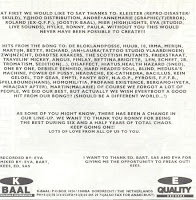 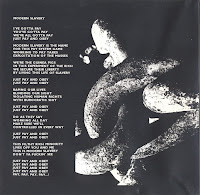 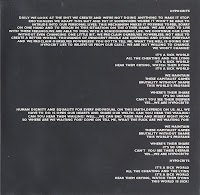 I've got the 'Coalescence' LP, which I'm planning to upload soon if you want / need it.

Thanks for sharing this too, I've not heard it before :)

I'd love to hear it, unfortunately the Anarcrust records don't quite do the distro rounds any more (well, they can still be found here & there, I guess), so I've never heard it... Thanks for the kind remark, too!

Hi Whisp and welcome.
cool post, a rare shit and great beginnning,thanks.
i have 'Coalescence' too and a six track demo from early 90's/late 80's

hello mate!can u upload coalescence for me please?its not possible to find that for me anywhere!!!last time i've seen them on gig in trencin,slovakia sometimes in 90's and from that time i've nothing heard abou them,thanx for 7inch anyway

Hi l@yo, durruti was kind enough to upload it promptly for the lot of us in his own blog - you can find it here!

I've just checked the MediaFire link and it's downloaded and unzipped without any problems. Give it another go ;)

actualy, the bandmember on the far right is Saskia and she was a very good friend of mine.Also Bart the singer. Anarcrust split during a tour in Austria in I believe 92. I got loads of stuff of em (lots of livetapes).
Nice to see them on the web (finally). Ive lost track of alle of them.
cheers

Hi yoast, thanks for the valuable info! If you check back here & see this, & if you feel like sharing some of the live tapes &/or further Anarcrust stories, let us know - we stellen het op prijs hoor :)!

Yep. Ill check back now and then. I don't have the tapes digital (dont know how to) but I can up the three CDs (Coalesense, Progression and Smooth as (live))
cheers

I can rip the tapes for you, yoast - do you have an email address I can contact you at? We can certainly arrange something!

Nice to see this, I played the drums at the first 6 years of the band.