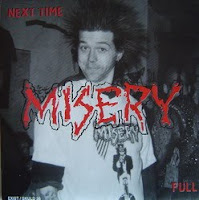 Thee is no much left to say about these stinking crusties when there are a few ep's posted already here so there is no space for much ranting. This is a classic moment in Misery's long long history, Next time/Midnight was released by Profane Existence and Skuld Releases in 1997, 4000 copies were made, (a great number comparing the 500 or 1000 copies of records that come out nowadays) and its a long out of print. It came in gray vinyl,there were also a red version, Next time and Full on side A are heavy and emotional stenchcore songs while Midnight on side B is taken from an old recording of 1988 when Al Ternative was still in band (he joined Nausea a few years later). 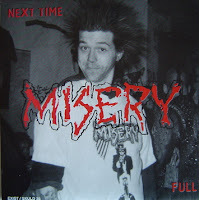 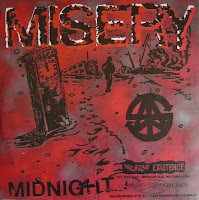 Any idea where I can get my hands on mp3s of this record?