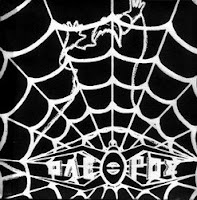 ok, we are back here after some real hard times and i feel good after all these days in trouble to spend my time again on this blog. And we are back with one hard to find ep from Greece and a band most of you probably dont know.
Olethros (Disaster) were a hardcore band from Athens, Greece. They were formed in 1991 and as fas as i know they had an obscure demo tape with horrible sound and this ep is their only vinyl release before joining their forces with Rigma (Crack) and form Olethrio Rigma (Disastrous Crack),a band with many metal hints in their music and attitude.
Their st ep was released on the legendary Wipe Out Records,in 1994, i don't know how many copies were made, it consists three tracks of fast/midpaced crusty hardcore with male/female vocals and socio-political lyrics in greek. The sound production is good and the band sounds pissed off and aggressive
Just like the Terrorizer 7", this record was a sweet finding too, Thanks to George from Greece who contributed this.(Thanks bro, na sai kala..)
Next band from the land of souvlaki and malakas will be Nekriki Sigi (Deadly Silence), just wait for..
Tracklist:
1. Olethros (Disaster)
2. Avyssos (abbyss)
3. Giini kolasi (Earthly hell) 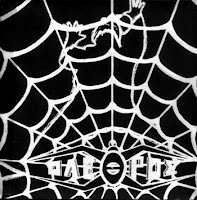 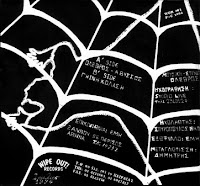