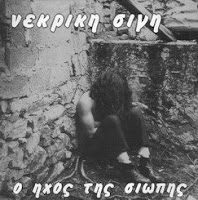 Nekriki Sigi(Deadly Silence) was a hardcore band from Athens, Greece, they were active in early 90's and now they are lost in obscurity. They were formed in 1990 and 'the sound of silence' is their one and only vinyl release. They recorded a demo tape back in 1990 and contributed tracks in several tape compilations including Radio Utopia #4 comp tape and Wave of Panic. There is a rehearsal recording from 1993 available for downloading in Anexartisi.gr site, (link is here, thanks to the guy who upload it). Sound of silence was released by Wipe Out Records in 1994, originally on purple transparent vinyl and there was a black vinyl repress, it is long out of print and this is band's best recorded material. It delivers three tracks of fast/midpaced hardcore with some slower parts and breaks, nice leading guitar melodies and socio-political lyrics with a personal view. The guy who sings here was in Koinonika Apovlita (Social Outcasts), another legendary band from these days. The band called it a day around 1996 and members went on with Nuclear Winter, Dead Congregation (Anastasis Valtsanis, the main man behind Nuclear Winter and Dead Congregation), Hibernation and Straighthate 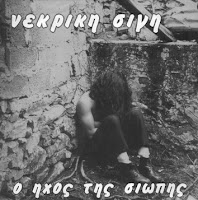 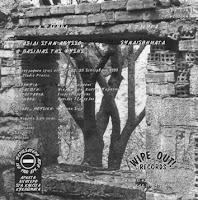 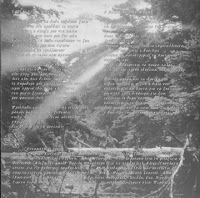 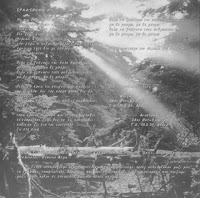 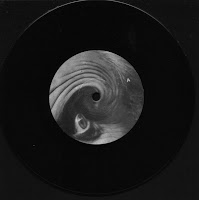 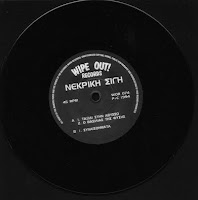 ps:63 people dead in a wave of fire in southern Greece , and many more injured, missing, homeless(a friend of mine and his family was in danger); hundreds of thousands of burnt acres of land.... check Anniesanimal for more
Posted by 7inchcrust at 8/28/2007

feelings is one of the best greek hard core songs ever!lyrics and music,fuck yeah!

awesome. got it from a band member!

Anastasis was in Negative Stance??? didn't realize it before!

i didn't say that anastasis was in negative stance you stoned scum..."Pirinikos Xeimonas (nuclear winter) and nowadays to Dead Congregation"