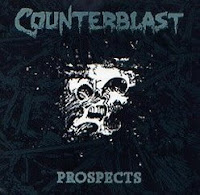 Swedish scene is well known for the Discharge-d d-beat hardcore and fast crust style and the many great bands playing these genres. Counterblast come from but bring something different: Mixing many genres (crust, industrial, thrash metal, death metal) and using keyboards and samples, they sound like a mix of Amebix, Neurosis and Dystopia but in their own unique style. Formed in 1993 and including G-ANX former members, released this 7" as debut record right after the 1994 demo: Here they offer two tracks in a mix of industrial, crust and metal with technical riffs, lead guitars here and there, nice and technical work on bass and drums with many fills and changes, shouting distorted vocals and personal lyrics. The whole stuff is slow, there are passages from leading guitar parts to more aggressive with the help of the hard pounding rhythm section. Both tracks are long (13:30" total running time) and there is a industrial-ish feeling behind the heavy and emotional guitar stuff. Released in 1995 on Skuld Releases(Skuld-023), including a poster sleeve. Prospects tracks were recorded for a four track demo, finally two tracks were used for this 7", the rest stuff appears in compilations. 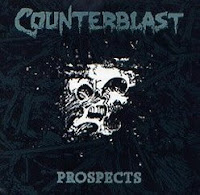 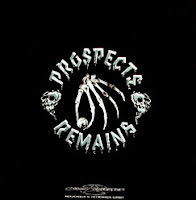