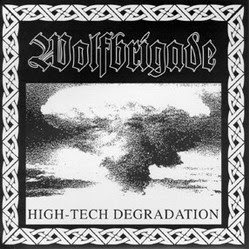 This is a split 7" on Epistrophy Records, released in 2001. Wolfbrigade from Sweden need no introduction, they are widely known and they are back in action with "Prey to the world", after their short Today's Overdose intermission. They changed their name from Wolfpack to Wolfbrigade to avoid any association with a Swedish Neo-Nazi organisation

"The band was formed in 1995, basically two projects forged into one:Marcus(ex-Harlequin) and Jonsson(Anti Cimex) had one project in mind while Jocke, Erik and Frank who all been playing in Obscure Infinity, had another project going so they just got together and started playing a mix of old school swedish hardcore and old school death metal. Wolfpack was born. Everything came together quite fast and the mini CD "Bloodstained Dreams" were recorded and realesed in 1996. It was soon followed by the first CD "New dawn fades". The band did some touring around Sweden and then headed back into the studio to record the way more punkier 7" "Hellhound Warpig". After that they headed for a new CD/LP called "Lycanthro Punk", by many considered a classic. After a tour in Germany in 1998 Jonsson got sacked due to his problems with handeling alcohol and being in a band. The last record with Jonsson was a split 7" with Skitsystem..."
For more about Wolfbrigade, check their new website

Wolfbrigade here contribute three tracks of d-beat scandinavian crust with heavy sound, tight rhythm section. On the other side of vinyl, Audio Kollaps from Germany are more brutal and balance to the borderline between death metal and grindcridcore with d-beat riffs, down tuned distorted guitars and deep throaty vocals. Good stuff too. A text taken from their website:
was found in 1998 in Hanover/Germany by three members of the famous hardcore punk band RECHARGE . The band´s distinct feature combines hard, aggressive and diversified riffs and beats with concise, nihilistic lyrics; a brutal mixture of Death Metal, Grindcore and Hardcore Punk. In January 2000, AUDIO KOLLAPS recorded 3 songs for a Split EP with WOLFBRIGADE (ex- WOLFPACK ) from Sweden and one song for a Finnish RATTUS Tribute Compilation; in August 2000 the video clip for the song “5 vor 12“ was professionally produced. One year later AUDIO KOLLAPS went to Sweden to record their first album called “Ultima Ratio“, produced by Mieszko Talarczyk (NASUM) which was released at the end of 2001 by Epistrophy / Broken Silence. In September, the band went on European tour with Viu Drakhand Accion Mutante.
The highly - acclaimed successor "Music from an extreme sick world" came out in 2005 and was also licensed in Brazil, Malaysia and the USA, besides two different European versions. Various gigs followed, i.e. on the Obscene Extreme Festival and as support for NAPALM DEATH . A new album called "Panzer" will be released in 2008.
old Wolfbrigade website
Wolfbrigade myspace
Tracklist: 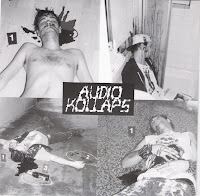 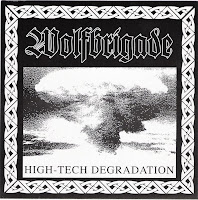 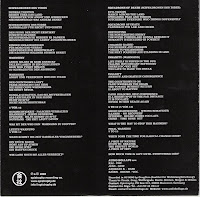 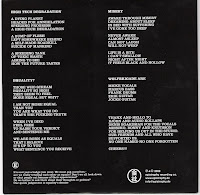 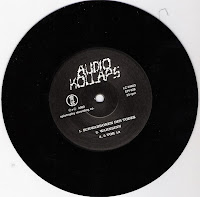 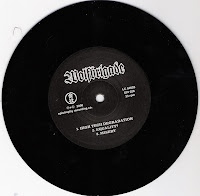 audio kollaps, is with some former members from the german d-beat legends recharge