The Last Mile-Designed to compensate the lack...7"

There are so many bands around so interesting but still unknown, this shit always happens and happened in the past. The Last Mile was from and was such a great band but so much underated. Imagine a combination of emotional hardcore and influenced crust ala From Ashes Rise, with heavy guitar sound, heavy distorded bass, screaming vocals and great political lyrics. Emotional guitar riffs and screaming vocals build a wall of crust and four heavy as hell tracks. They have also released a 10", a 12" and a demo in their early days. Designed to compensate the lack of intrinsic motivation was released on De Graanrepubliek, Opiate and UPS in 2004, 1000 copies were pressed and according to their website some copies are still available but only god knows when its been updated for last time. The Last Mile broke up in November 2006 after their last gig in

Tracklist:
1. Synoptic gospel
2. No incentive to carry on
3. Degrees of freedom (Reconsidering N-1)
4. The wrong words 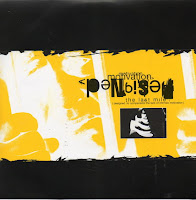 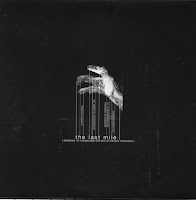