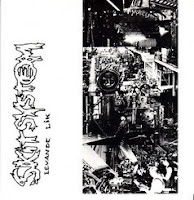 A classic split ep with two bands carrying a long long history in the Swedish scene: Skitsystem was born from the ashes of the almighty deathsters At the Gates (incuding AtG drummer and guitarist/vocalist) and Wolfpack(later Wolfbrigade) were connected with a bunch of great bands (Asta Kask,Anti Cimex,To What End?,Cosa Nostra,Obscure Infinity etc)
Distortion Records released their split in 1998 and re-released it three more times on white vinyl, it deliverss five tracks of brutal raw crustcore, three Skitsystem thunders (actually these tracks are outakes from Ondskand ansikte 10“) and two Wolfpack blasts (one track from Lycanthropo punk and one totally new). This was the last Wolfpack/Wolfbrigade release with Johnsson (Anti Cimex fame) handling the vocals duties,right after this he was forced to leave the band.
Check Skitststem 's website for infos and free mp3 downloading of their discography, yes they offer all their recorded material for downloading free, check also the brand new Wolfbrigade site (both are not active anymore) so try Skitsystem in facebook and myspace and Wolfbrifage's facebook and myspace (they say "seriously considering leaving Myspace....Myspace is shit nowadays. This page will be deleted")
Tracklist
Skitsystem:
1. Levande lik
2. Slaves to misery
3. Civiliserad?
Wolfpack:
1. A basic urge to kill
2. Today's overdose 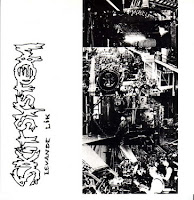 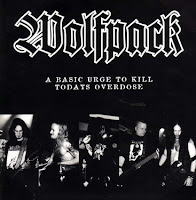 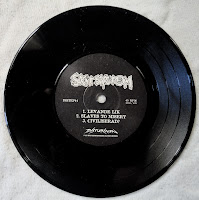 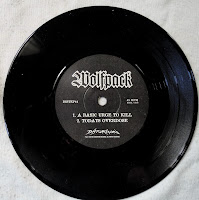 You probably already have 'em but wtf , this and this may interest you.

hi Jake
thanks for the links, i have added your blog on the sidebar links.
Embittered were from Belgium, all i know about them is that they had 3 releases:a split ep with Hiatus (1992,Desperate Attempt Recs.),the 'Choked' 7" (1994,Ecocentric) and this split with Dystopia

i may be an idiot, but wheres the download link?