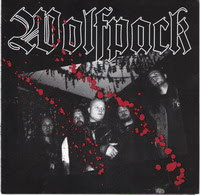 Time to restart this crappy blog, its been a whole summer since the last post and my fingers started to itch and want to type some bullshit so here we are, actually this wasn't a summer break since Crust Demos was alive with only a month hiatus during the days of June, the days of protests and greek government's voting of new austerity measures against people and lower/middle classes, following EU and IMF's orders. The financial monstrosities have no end and keep going on and on
ok this little shit about whats going on here was enough, now about blogging: There is a bunch of 7"s waiting to be posted, a few old diamonds will be re-posted in new rips, i started thinking of stopping keeping it formal and start posting lp's or(and) tapes, don't know yet, time will tell, anyway,cheers to everyone!
Now about Bloodstained Dreams: You know the band and how their story goes so there is no need to blurb much shit about, this little treasure came out in 2004 when the name Wolfpack was history and Wolfbrigade entered into hiatus, so this year Feral Ward had the brilliant idea to release on seven inches two tracks, originally recorded back in 1995 and first appeared in Bloodstained Dreams cd (1996,Distortion Records). The record came out in the criminally limited number to only 500 copies and were almost instantly sold out and became collector's item bringing fever and smelly farts to eBay users each time it pops up. Music wise both tracks shred coming from the old glorious days and Johnsson's voice rules, the only bad thing here is the duration of record, unfortunately Feral Ward picked up the two shorted songs, it would be perfect a four song 7" including all tracks of cd (total running time 11:25") but this didn't happen, anyway all credits go to Feral Ward for this move to bring on vinyl these old tunes. 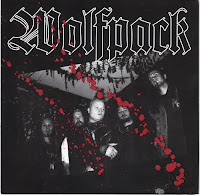 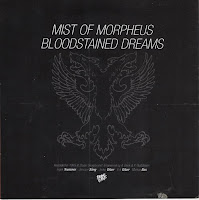 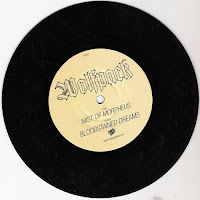 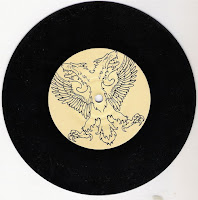 Anonymous said...
This comment has been removed by a blog administrator.
September 5, 2011 at 9:42 AM

i just tried to download this and got a malware warning. just letting you know. thanks for a cool blog.