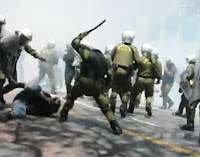 Its been a while since the last post and a lot of shit happened here:The general strike and protest of May 11th ended up in riot and clashes with cops, riot police acted brutally, a protestor were beaten to death by riot cops and he's still in coma in emergency chamber in hospital, another protestor had a surgery operation to save his life because of spleen rapture (prbly caused by glob hits), many other protesters were injured. On the other hand an outbreak of racial hatred and pogrom against immigrants took place after the murder of a 44 years old man, a few hours later a man from Banglasdesh was stabbed to death, many other immigrants were beaten by neo nazis, they even attacked against Villa Amalias Squat. An attack against Exarcheia Police Station injured a street market vendor. All these and many other shits happened and in a few words, Athens down town became a battle field in a collapsing state which is in free falling and decline and plagued by IMF. Check From the Greek Streets/Occupied London, Contra Info, Indybay etc for articles and information about the situation in Greece.
------------------------------------------------------------------------------- 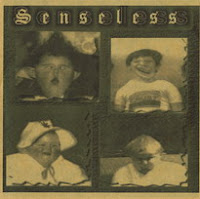 Now about this split: This gem was kindly offered by the cool guy of Crucified Freedom blog and since i don't know anything about the bands almost everything is blatantly stolen from his post: Senseless were from Croatia and Sirup za Izkašljevanje from Slovenia, the split came out in 1999 by a Slovenian label called Abnormal Beer Terrorism in co-operation with both bands. Senseless were from the city of Požega in eastern Croatia, (foolishly, for a moment i thought they were Nonsense another noisy act from Croatia), they had a split cd with Pro Masa and shitload of split tapes with bands such as Mastic Scum, Dickles Tracy, Sequimos Aqui, Panic Overdose and others, this split was their only vinyl release and band members were also involved in other great bands of Croatian scene. There is no much info about the Slovenian crusties S.Z.I. ,according to KKTZ of mighty Corpus Delicti who was member of Senseless, S.Z.I. had a demo tape.
the split came out in 530 copies, Senseless bring four tracks of heavy crustcore with some metal influences, sometimes brutal and sometimes emotional while S.Z.I. deliver five crust songs in similar vein but a little more fast-straightforward. Vocalists sing in English and Croatian, sound is raw and dissent, and the whole thing last over thirteen minutes.
Check Crucified Freedom for some more details about Senseless, an interview in Bastard of the Week zine and dwnld links of their split tapes, here. Dude, many thanks for this little gem. Cheers! 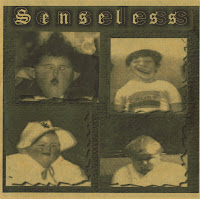 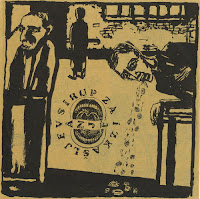 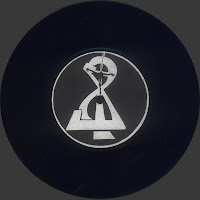 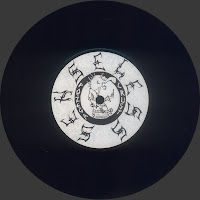 hey billy...thanx again man
i got a question...
except "lunatics have taken..." from Active minds, do you have any other shit from them?i ask mainly coz i need scans..i working on an AM megapost

hi, thanx guys, here's kktz. senseless and nonsense are connected by some us who were / are in both bands, also many other similar bands, enjoy the noise.

hey.. you're welcome!!
yes, like kktz already said some members from Senseless (2 of them) are now in Nonsense, also great band, actually my favorite from Croatia.. I was at their gig recently and it was great..
anyway, thank you for posting this here and for spreading this link!!..

and about the situation in Greece nowadays..yes I follow some blogs related to that, and it's horrible what is happening down there.. I hope that all of you are fine, at least as you can be considering on situation and that you will get out alive from all that..
cheers and solidarity!..

@ Mike:
i have Capitalism is a Disease and Money an Addictive Drug and i can scan it for you, try also Discogs.com for cover artwork:
http://www.discogs.com/artist/Active+Minds+%282%29

@CF:thanx for the additional info :) yes things are shitty here, nazis found a reason to raise their head in system crisis and immigrants have become the scapegoats, shitty as can get >:(

thanx to crucified freedom for nice words, and support, again.

7inchcrust, yeah, the name is kinda similar, senseless was formed when nonsense stopped to play in 90's, so it was deliberately similar name, some other bands from požega with our crew; apatridi, bad justice, sprovod, antitude, soter, dislike, fight back, nepravda, beer system, drob, starvation, loš primjer, gruuthaagy, etc... dislike should be playing this year on Obscene Fest iz Czech Republic, also some senseless and nonsense members, but not me. ok, greetings from another side of balkans hell.

thanks for the more information,i knew Dislike Apatridi Fight back and Starvation from their four way split tape.cheers and greets from the shithole of Balkans!

Hi everybody! I play(ed) guitar in S.Z.I. I write here becouse I see Kukatz is commenting here also, and that Pozega is still alive! So, I am inviting you to come to play to my garage BAJTA club, and other places in Slo.
P.S.: Shame on you (and me) for not contacting for so long!
sembrek@gmail.com