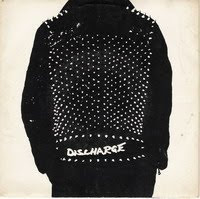 This is where the story begins and the legend is born: Realities of war was recorded in February 1980 at Redball Studios in 3 hours and and was ment to be the first page of Discharge's book of D-beat and nothing about punk would ever be the same: As all we know they started a few years before as a '77-punk band but they rejected this style after line up changes and finally they created a destructive combination which unleashed this glorious fart and started a music rebellion
It has no meaning to focus on music in terms of musicianship,complexity, sound quality and such shit: Four tracks that last just a few seconds over a minute each, each song has two riffs one for the chorus and one for the verse, each riff brings two or three chords, simple bass lines, a new strange way of drumming and after 4:50" the whole thing is done. Singing delivers one line for each verse and one line for the chorus and instead of the typical melodic singing there was a shouted/yelled kind of "singing" that repeated a polemic against war and capitalist society so someone can ask "where is the meaning in this simple as hell shit?" and the answer is "this is the meaning of this shit". The question was replied thousand times from the hordes of D-Beat bands that named Discharge as their influence in the next decades: Copying, distorting, repeating and altering, down tuning and adding speed in these guitar riffs and drum beat and reproducing the lyrical anti war and anti system verses and cover artwork aesthetic or even the dis-name and the spiked leather jacket.
Realities.. was released by Mike Stone's Clay Records (Clay 01) back in 1980, this first classic line up recorded a couple of diamonds: Decontrol, Fight Back and Why? the rest are history well known. Check Kill From The Heart and Wikipedia for more details 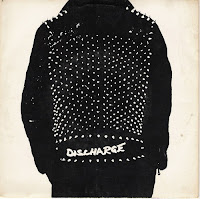 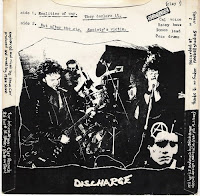 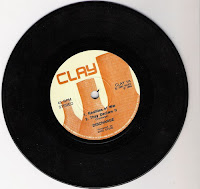 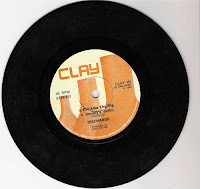 don't know where to put it, so here it is.. http://www.mediafire.com/?tzdnleunytw - dnld link for great split 7" of 2 old bands, Senseless from Croatia and Sirup za Izkašljevanje from Slovenia.. both were playing old fashioned balkan-styled crust.. if you maybe wanna post it here!?
more info about Senseless and this release you can find here: http://crucifiedfreedom.blogspot.com/2010/06/senseless.html

many thanks!didn't listen the entire record yet but sounds nice and heavy.thanks again!

i dont know what you mean,file is ok,it must be some server problem or something,try later

I could download the file but the problem is two songs that just before the right time.

oh i see,i downloaded and realized what's going on,a few seconds are missing from They Declare it and Society's victim.i will try to fix it with a new rip.thanks and apologize for the delay...