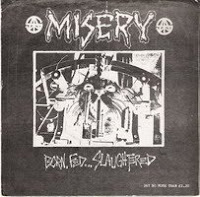 Born, Fed, Slaughtered is the first Misery official release and one of the crust classics of late '80's, it came out in 1989 on their own label AYF (Anarchist Youth Federation Records) with the helping hand of Felix Havoc. 600 copies were made, the record delivered only two tracks of heavy mid-paced stenchcore/crust (Born,... and Falling of Darkness) and not four as was planned because of some pressing problems, so an insert with lyrics of these four tracks was included and another sheet with lyrics of the two tracks, the two outtakes appeared in their next release Blindead 7" (it will be posted soon, hopefully).
One year later (1990), Under Siege Rec.s and Discarded Rec.s re-released Born... as a three track 7" by adding A Total Destruction on side A, the record came in fold around cover with a slightly different artwork (similar front/different back cover, not any sheet inside) and all songs were remixed. A Total Destruction is a one minute fast yet heavy stenchcore song and fills side A, not a filler though, the cover includes lyrics .
The first pressing of Born.. was posted here, Discarded Rec.s is the label behind the second press on Doom's Police Bastard, the pressing with the alternative sleeve, ,AYF stands behind the first and second pressing of Police Bastard, btw Doom announced the recording of a new ep,thats fuckin great news)
thats the short rant,now go get it 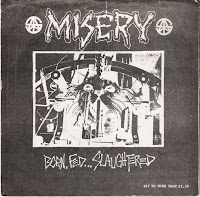 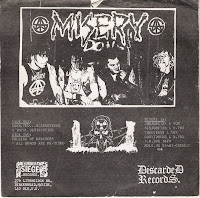 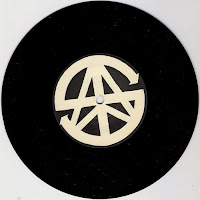 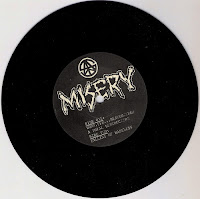