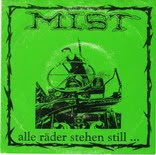 Mist were a short-lived crust act from Bautzen, a town located in eastern Saxony, Germany, they formed in 1997 and recorded two demo tapes: Gerechtigkeit (1997,19 tracks) and Widerstand (1998, 10 tracks), in 1999 they released Alle räder stehen still 7" which is their one and only official release. These little infos there are on their myspace, i dont know any other shit about them so if you know anything (connection with other bands, rumors, gossips,any kind of bullshit) just drop some lines.
Alle räder stehen still 7" was recorded in Berlin and was released by Vulgar Records. Lyrics and everything in the package is written in German so i dont understand what they say (ok, the title of second song says what this track is about..) any help is appreciated. There are six tracks here that last thirteen minutes and deliver crustie flavored heavy hardcore. the guitar is thick, vocals are rough and drums are fast (in some songs the band seems to take off,check "Ignoranz totel"), imagine the harse sound of German hardcore then add a dose of crust, some brutality, some blastbeats, some mid-paced parts here and there, throaty vocals and fast drumming and you got Mist.
Vulgar ran out of this, almost the entire 7" is available for your listening pleasure in their myspace, give it a listening and then get it 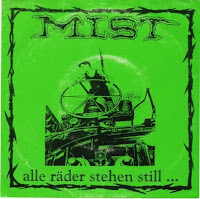 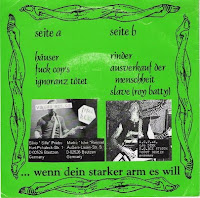 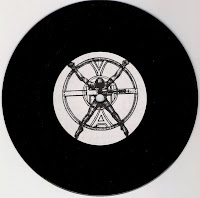 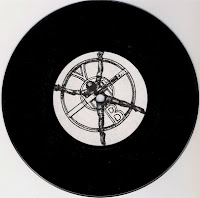 an underrated and unknown band with a nice record,thanx :)

never heard of them before so thanks for this.nice blog btw.
Joe

got this record, glad to see it up for more to enjoy.

This is all correct. That's how the things really are. Thank you for the post.

hey something is wrong!
MIST are/where from Magdeburg/Sachsen-Anhalt and Vulgar rec. are from Bautzen.
cheerz