Victims-Harder than it was meant to be 7'' 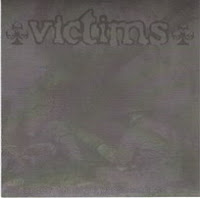 I haven't been posting lately, I have been busy with other shit, finally i managed to save sometime and bring some noise. As you may have already noticed the number of posts on front page was reduced and the list of links goes down down the page, this is a trouble cause by the blogger, i tried to fix it, Whisp tried too but the problem so we have to live with it....
Just a little rant here to fill the space beside the pictures since more or less you know the band: Harder than it was meant to be was the first ep of Victims, it was released in 1999 on Yellow Dog Rec.s. The band formed in 1997 and as they say "never really planned on doing anything else than playing percise and to the point hardcore". A demo tape was recorded and these tracks appeared in Harder than... 7" some years later. The record comes in gatefold cover that includes lyrics, and delivers eight songs of Discharge/Anticimex influenced D-beat hardcore full of power, Mieszko Talarczyk(Nasum, Genocide SS) helped in the studio. The record is long out of print, and it appeared as bonus in the cd version of Neverendinglasting (Scorched earth Policy)
Victims are still active, now as a trio and still deliver the goods, their last release is Lies, lies, lies 7'' on Deathwish Inc. Check their site and their myspace, in case you wanna score some records, Yellow Dogs still has some of their releases 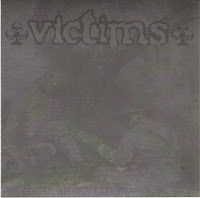 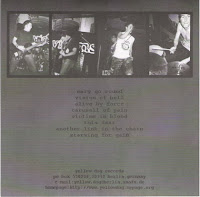 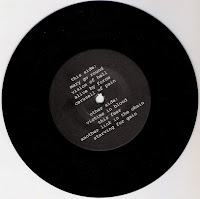 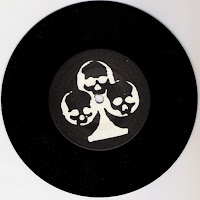 Nice, been looking for some of Victims

wtf? its ok to me,
i re-up'ed it,i hope this time it will work
http://www.4shared.com/file/4BO_-j0B/victims.html

The "easy to use" formats of Blogger and Wordpress, sometimes do not do what we want them to. It's been a little bit and I was needing some D-Beat. Thanx for this one Billy and hope all is well.

thanx Justin.things are getting better,i had a little trouble but seems i m going to win the game. cheers!