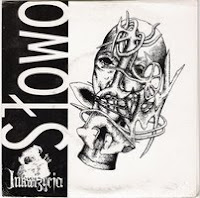 This is Polish hardcore/crust at its finest: Inkwizycja were the legends of Polish punk scene, they were formed back in 1989 by U.O.M. members and they were the very first band from Poland that released a self - released record in 1991 (Na Własne Podobieństwo LP, with a little help from Nikt Nic Nie Wie Records). According to Hardcore Holocaust "One of their concerts was banned by the local bishop who got mad seeing posters for Inkwizycja and Amen concert in his town". They played about 400 gigs, a decade after Na Własne Podobieństwo they released Stare Fotografie (in Nikt Nic Nie Wie too).
Słowo was released in 1998 by Nikt Nic Nie Wie and consists of five tracks of crusty hardcore with heavy and emotional riffs, great leading guitar parts and nice bass lines. Tracks walk mostly in mid pace, 12:05 is a bit faster, the singer sings in Polish his verses (written in a really poetic way), there are some sheets with artwork (in the crust vein), lyrics texts, band's history and translation in English as well. The artwork is nice and it reminds me of Napalm Death's Mass appeal madness cover.
Thats the blurb. Due to some pressing problems the needle stuck between 12:05 and Stworcy and refused to play the next song so i had to "jump" that space: A few seconds of the later are missing and a few of the first should be erased :) 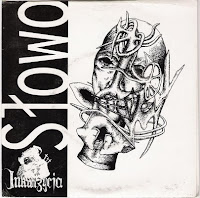 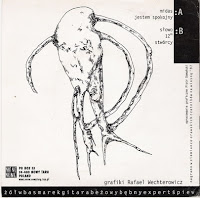 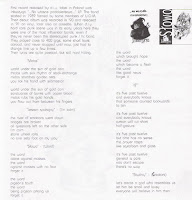 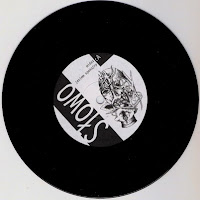 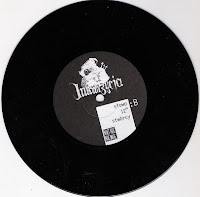 hey, how can I get in touch with the guy running this site? I want to send you a record I did to post! its a goregrind, punk/powerviolence influenced group from NY called Buckshot Facelift....we just self-released our own 12" LP w/ etched artwork on the B-side...please email me when/if you see this! Listenpaperback@hotmail.com

Scrachbrad thanks for the comment. Sal, Tom, Will or Dan, whoever you are,thanks for this. we post only 7 inches here and we are not into gore side of grindcore but there is always place for an exception, i ll mail you a.s.p.
cheers

Due to this post I picked up copy of a buddy for a Unholy Grave record!

well, first of all I`d never said so INKWIZYCJA or USTAWA O MLODZIEZY (UOM) were crust bands,they were great band but UoM were first SxE polish band and inkwizycja never played crust in my opinion,they were bloody good hc band,one of the best in 80/90`s and one more i still thinh so PETAR`s lyrics are almost the best in polish hc/punk