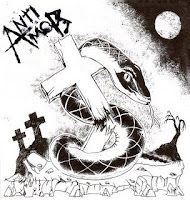 The first post for this year, crusty new year and best wishes to everyone and hope you had great time
Last night i listened to Anti Mob/Burial-split and i shat my pants, both band fucking rule so i decided to put this in the turntable and bring it to you
Anti Mob come from Athens, Greece and this is their first official release. They started as Grey City in 2006 and soon they changed their name to Anti Mob and recorded a demo tape, in fall of '07 they recorded the s/t 7" that was self-released a few months later and recently the split with Burial came out on Hardware Records. Members of Anti Mob are behind the amazing Mountza zine and in bands such as Swartz and Anger, Hitler Died From Tzatziki (lol) and Nekra Katsikia Trikavalo(dead goats three-ride, lol lol lol), in 2008 they toured in central Europe (Damnark, Germany and Czech Rep.)
The ep delivers four tracks of heavy hardcore/crust with shouted vocals (and some backing deep low growls), bass and drums are heavy pounding, guitars are heavy and tuned down with catchy riffs that stay in your mind and some strange melodies appear from time to time in leading guitar parts reminding of Annihilation Time and bands that put hard rock elements in punk.
Their last release came out on Hardware Records and its much more brutal and aggressive, Burial kick ass too (already posted here)
thats the rant, now go get it. 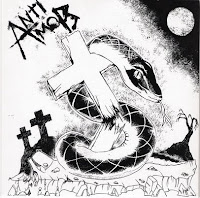 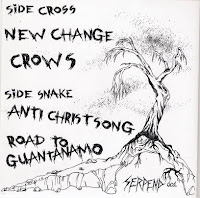 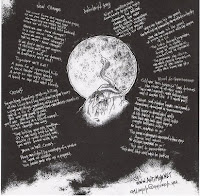 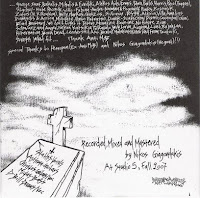 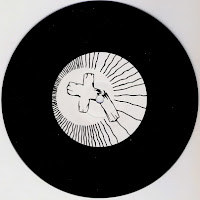 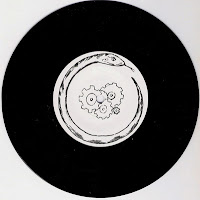 you can use my download links to put on your blog!!

tzatziki is one of the world wide famous Greek words, equal to souvlaki, malakas, mousakas, syrtaki etc and thats what it means:
http://en.wikipedia.org/wiki/Tzatziki

great post!their 7'' amazed me and just downloaded the split! love the "H Ora Tis Lysas" track!
Anyway keep up the good work! :)
And glad to see you posted sth from my country Croatia! Bye!