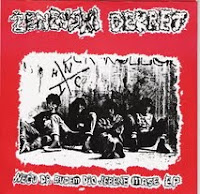 This is punk behind the iron curtain and an old jewel: Ženevski Dekret (Geneve Decree) started back in 1983 in Mostar (ex-Yugoslavia and now Bosnia and Herzegovina). Back in the day things were hard despite the fact Yugoslavia was "something better that the other countries of existing socialism" in matters of freedom of speech so their first demo Mostar came out three years later in 1986 and was followed by Dont wanna be a part of fucking mass (that translates Neću da budem dio jebene mase) in 1988.
For more details about the old days, some tunes,the reunion in 1996 and later recordings check their myshit and if you speak their native language take a look at their blog. Neću da budem.. 7" is a three track ep released in 2007 by Ne! Records and Mama Records (what a name!) and delivers three tracks taken from the studio Vogue session of '88 for Dont wanna be a part.. recording.
The ep came out in 500 copies in 2007, the band offers it for free in their blog but the link is dead. A pocket sized booklet written by Habbi member of band, with the history and lyrics is included (you ll find the .pdf in the dwnld folder) and music wise this is rough, angry and primitive hardcore much more brutal than their first demo which has melodic moments.
This is it, go get, this is the last post for this year. Crusty new year to everyone out there
tracks: 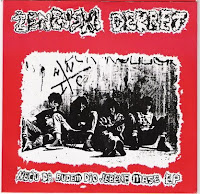 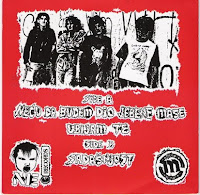 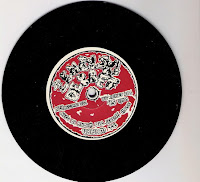 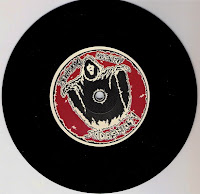 Awesome record!!! The same label (Ne records) has also released the "Corpus Delicti" 7'' with U.B.R. I think Habbi is living in sweden now, but I'm not 100% sure

Great record and great band, but this is at wrong speed. You should try 45 rpm.
Cheers

according to their myspace the reunion took place in 96 in Sweden, maybe they are still there
Malisha its me and my drunk stenching brain:now i understand why the vocalist was so brutal and down tuned, i re-ripped the vinyl this time in 45rpm and i m uploading it right now,

Ha-ha!
Drunk stenching brain sometimes gives me problems too. And also some records sound better on wrong speed, just not this one!
Blame it on the festive times.
Cheers and happy new year to 7IC crew.

ženevski dekret is classic, my band even regullary played their cover (I think first song they ever recoreded, Vidim Krv). btw I think on Neču Da Budem Dio Jebene Mase song (on 7" version) they cut one part of song, which is originally acustic Master Of Puppets part of classic Metallica song.
if anyone undersatnd me haha.
Axegrinder croatia;).

Argh, where did you get this & how come I missed it :(? I guess I deserve it for being a slacker...

I love it when a record plays great in both speeds! My favorite example is Boltthrower's "Cenotaph" 12" (I now have an inkling about the correct speed but am still not 100% sure) & Sepultura's "Troops Of Doom" 12" which says 45rpm but playes great in both speeds (thrash in 45rpm, death in 33rpm - what more can one ask for).

Happy new decade to all & may your ears not rot for another 10 years.

THX for the Great record! Cheers:)