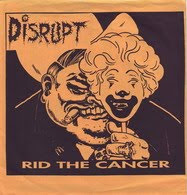 Its been a long time since a Disrupt ep was posted here, so here is one more piece of shit by them: I don't know anything about this rarity and the guy who gave it doesn't known any shit too. Rid the cancer is a bootleg 7" released by D.A.M. Records (the label thats behind Disrupt/Resist-split ep). this must came out sometime in early/mid 90's and if i m not mistaken some years later a repress saw the light of day. Unfortunately there's no any info on the web, if you know any info about it (year of release, number of copies, vinyl color etc) just drop a line.
There are seven tracks here and as expected the usual grinding crust of Disrupt shreds, just to mention that the tracks come from different sessions: A side's three songs are taken from Disrupt 's side of 7" split with Destroy while B side's four tracks are taken from the split with Resist. The party lasts for about 9:20", definitely each session sounds different (A side sounds raw and more primitive) but both sides deliver the solid and manic grinding crust of Disrupt that we all know.
I d like to type some more shit but there is nothing to say,many thanks to George MK who contributed this rare shit.
tracklist:
1) Stop Thinking and Follow
2) Obedience
3) Defiance
4) Yuppie Beware
5) Critics
6) Deprived
7) Rid the cancer
8) Lack of intelligence 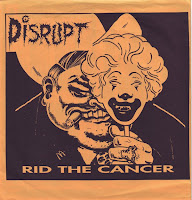 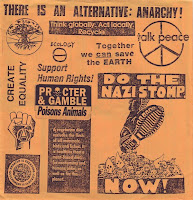 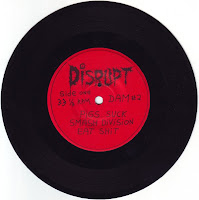 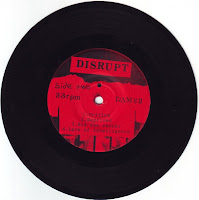 Ray i got this via mail from a guy, i don't have a real copy. is there any further info inside?

no just lyrics
looks like they were cut and pasted from the original records
i;ll make my own rip of this eventually
ok
peace
ray ss

The link is broken.

hey, nice blog you've got here. i wish i could help a bit with the info but here in argentina it's impossible to get anything unless you've got money and time.. and even that way it`s hard.
cheers!
www.hagiofobia.blogspot.com
come around and take a look!