Born of Fire-Chosen by the gods 7" 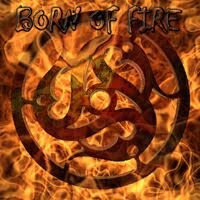 Born of Fire was an all star band from Stockholm, Sweden, they formed in 2001 by some metalheads who were involved in bands such as Entombed, Dismember, Unleashed, Regurgitate and many others. As far as i know Chosen by the gods was their one and only release.
This is a Death metal ep but scenes of metal and hardcore seem to be close in Sweden(crust albums win Album of the Month award in magazines such as Close Up, band members step from one genre to the other and sometimes even musically both genres are not far) so a Swedish metal band could be accepted by a crustie and a kang hc band could win the taste of a metalhead. Born of Fire were one of these bands that could have fans in both genres
Music wise they deliver two tracks of solid and violent metal riffs helped by the powerful the production. Guitar sound is crispy and reminds of Dismember and Unleashed (guitarist Freddie Lindgren was in Unleashed) and its even close to crust bands such as Makiladoras. The whole thing is a blending of At The Gates, Dismember and Slayer's Seasons in the Abyss era (Born of Fire is a song from Seasons... lp), Mr Dim's vocals are rough but not the usual extremely distorted growls. Lyrics are not included but i guess they move into metal territory, the copy here is one of the first 500 copies that came with a free postcard in a nice packaging and excellent artwork and colored vinyl.
There's nothing else to say, with so many ex- members there is no question about the quality of this, go get it
Tracklist:
01. Chosen By the Gods
02. The Art of Dying 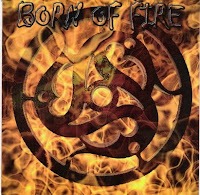 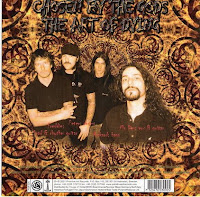 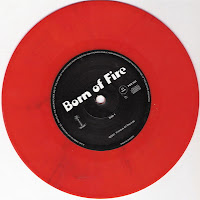 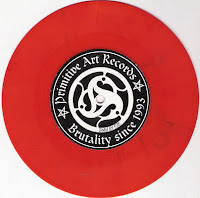 this sounds too much like slayer and i dont like slayer
i do like metal influence in punk but not this.
thanks for the blog i am glad i got to hear it anyway.
peace
ray ss

Ray is up to yous taste , i like early Slayer records and old Swedish death metal, i think this ep is good enough and both tracks are really interesting