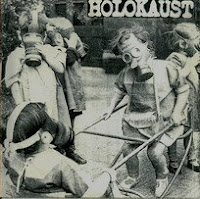 This is D-Beat from west coast, USA: Holokaust hail from Riverside, Bernardino, California, they formed in 1999 and this is their first 7", released in 2002 by After the Bombs Records.
Their discography includes split ep's w Dissystema (2003, Cries of Pain) and Against Empire (2004, Threat to Existence), in 2005 they released their first lp, Into The Void of Oblivion on Despotic Records. In 2006 a tour split 7" w Worhorse in a limited number of copies came out on Nuclear BBQ Party Records, it is supposed they are working on their second full length but i don't know anything about.
The s/t 7" delivers three tracks, War covers side A and its about six minutes long, too long for a B-Beat song but the song structure works really nice: It starts with an instrumental intro with melodic guitar, nice bass lines and hard pounding drums, (it reminds me a lot of Greek hardcore/punk bands of 80's) and then it turns into a powerful hardcore storm with a D-Beat touch and a nice riff that stays in your mind, the slower part in the middle and the guitar solo make it really awesome. Nightmare and Behind the Barbwire are straight forward hardcore D-Beat anthems. Vocals are rough and shouting, music wise guitar delivers a nice blending of Discharge, Varukers and the likes, bass and percussion are just great and decent and complete the whole picture. As expected, artwork is in the usual black n white anti-war standards, vinyl labels are blank, lyrics of all tracks deal about war and are printed on back cover
Go get it. you can also read their interview in Agitate #10 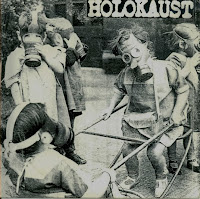 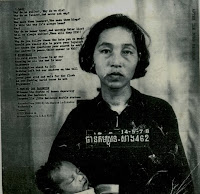 thanks Ray, link is fixed

How do I get in touch with the webmaster? I've got some stuff I'd like to share if wanted, and I'd like an email address. Thanks!

I remember writting a hand written letter to Riouxbn a few years ago. Cool guy, replied fast & even mailed me a pin. Always great seeing them live here in Califas.