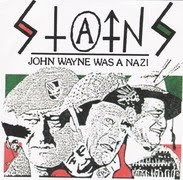 We will stay back in 80's for a few more posts (unless Whispy decides something else) and continue with another classic piece of vinyl: Stains is MDC and "John Wayne was a nazi" (a catchy title,isn't it?) is the first MDC release ever.
MDC started as Stains in 1979, "John Wayne was a nazi" was released in 1981 by Rradical with "Born to die" covering the flip side and in 2003 it was re-released by Twisted Chords. According to Dave's note in the re-issue version, 300 copies of green, red and black vinyl were made for the first pressing, then the bands changed the name to MDC Stains because there was another band called Stains from LA. When the second pressing of 500 copies of black and white cover came out, the band was mentioned as MCD Stains.
This one here is the Twisted Chords re-issue, a sheet is included with lyrics and infos about the first/second pressings
There is nothing else to say, go get it 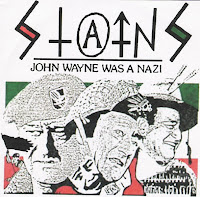 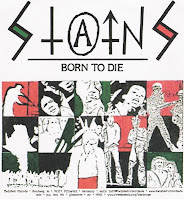 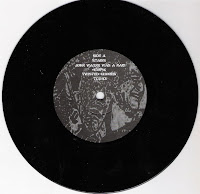 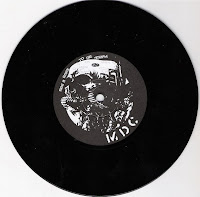 Interesting surprise!
Oh, fuck, This is one of the first bands I heard a few years ago. Here in Chile rarely sounded this type of groups, but within the underground circuits, in the late eighties, you could begin to find vinyls of MDC, S.O.A, Urban Waste, Adolescents, Really Red, Negative Approach...

Twisted Chords fucked up their re-issue! What you've got arent the original EP recordings but the recordings from the first album.

You can also see how they fucked up by looking at the labels. The Born To Die side has the Skulltank from the Multi-Death Corporations EP.

shit,i didn't realize about the recordings before,i have Millions of dead cops lp on vinyl too, i have to check it...
anyway,thanks for the infos

I remember this one from back in the day...thanks.

Here's one for you.
http://penmallet.blogspot.com/2009/03/jonny-cats-burn-rubber-on-punk-rock-7.html