This is going to be as short and smelly as Whispy's fart: We are heading north for this but i have no much to say about these guys since i don't know any details about them: This is the second ep of Kort Prosess, released on Heart Fist Records in 1994. Kort Prosess formed in Horten, Norway in 1992-93, they released two ep's (the first ep is posted here), their swan song was "Svart Natt" double 7" (1997, Heart Fist ). Heart Fist released a cd with both ep's and some copies are still available
Members of band went on with Hevn and T.O.A.M.O.L. (along with Alltid Jaget members, another great Norwegian act).
The second ep came with a booklet and inner sleeve, it delivers nine tracks and nine minutes total running time of rough and pissed hardcore.
There is not much infos about the band on the web, check their official myspace page for some tunes and Norwegian Punk & Hardcore Blog for some more details about KP discography
Tracks:
01:Det er ikke sant
o2:Du
03:Predikanten
04:Siste slutt
05:Tidens tegn
06:Dødsdømt
07:Besettelsen
08:Ditt eget deg
09:Falsk sannhet 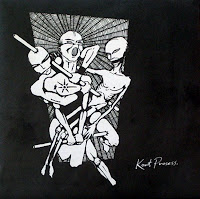 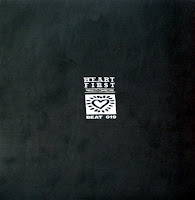 thanks again, I didn't know this band

thanks Toxik.
you are the usual suspect who always spends some time to say a few words.
thank you

You're upping the ante here... OK, I'll do my best to upload some norwegian stuff next - no promises though :).

Hi! The Kort Prosess ep cd is available from Heart First now for more info about Kort Prosess check out my blog: www.nopunkhc.blogspot.com

And the myspace is offical band myspace.

there is no any doubt about it:i am a drunk fool:i checked Heartfist cd section and i found nothing but the announce was there in November '08 update. i see it right now,i just had to scroll down the page, shame on me :(
anyway,thanks for the warning and as we say in this blog infos,we are not the ones who know everything, some old records are repressed and available again so there you enter to set things right, thank you very much,both links are removed,only few tracks from each record are available for downloading

Well this wasn't my intention, just wanted people to buy this fantastic record now it's available again. One of my fav bands outta norway. Got to see them once and it was fab. great blog by the way

we don't post records that are still in print and when we do this is by mistake so we appreciate everyone who
inform us about it, and i really feel
a bit shitty each time a still in print vinyl is posted here.
thanks again, i added your blog in our links.

Hey sweet fucking site, dude.
Contact me if you would be interested in doing a link exchange.
-T

Actually, fuck that- I'm linking you anyway. Link me back if you want, I don't care.
-T

All hail the deal of the CD format! Both KORT PROSESS CDs are still available from the label. As the experts know, KP always means superior packaging, even on the CDs.