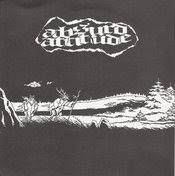 Absurd Attitude was a heavy metallic crust act from Finland and "North" 7"was their latest release. They formed in 1996/97 and released three 7"s and one 10":"Modern lobotomy" ep (1997),"Born in a environmental disaster" ep (1998), "Endless misery" 10" and "North" (1999). All records were released by Fight Records. They also appeared in compilations such as "Civilization backwards" (Civilization Rec.s 1998), "Tampere vs Portland" (Fight,2002), and in triple 7" Kaaos tribute on Fight,2002.
"North" came out in 1999 in standard black vinyl and simple gatefold cover and as you see artwork is far from crust cliches. It delivers three tracks and what is remarkable here is the running time: Side a is about nine minutes long and the nearly seven minutes length of side b make this a long time running ep. Music wise this is metallic, heavy, slow and mid-paced emotional crust blending Antisect riffs and Neurosis modern crust feeling. Lyrics included.
This is out of print, actually all Absurd Attitude records are sold out from Fight but if you are lucky you will find a copy floating on the web. We would appreciate any further information about the band from Finnish crusties and whoever who knows anything .
tracks:
01:Popularity hell
02:Ultimate weakness
03:Northern angst 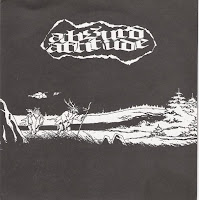 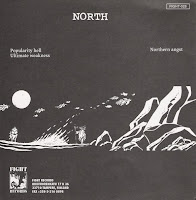 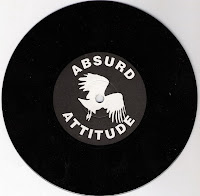 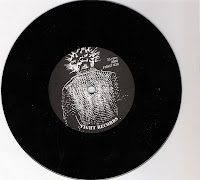 this group is very good

Hi dude, thank you, great band.
Do you have anything from A//Solution?
Take care!

HEAVY stuff!!! They are new to me, and I really love what I'm hearing! Thanks for another kick ass find!

This is really good, anyone else hear the 'Gothic' - Siouxsie,Cure - influences coming through

i think there must be some Sioux stuff lost somewhere in my collection , i need to check it :)
Jihad Depardieu, i forgot to reply to you.. i apologize..
I don't have any A//Solution stuff...

hi,this is stuff is amazing!!is there any link for the 10"?!?!
i cant find it for download.