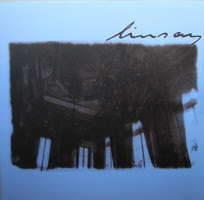 Banks collapsing all over the globe and golden boys earn hundreds of millions, we have been told again and again in the past that governments have no money to help the helpless but now they find money in a magical way and offer billions to save the tops of financial pyramid from the aftermath of their greed. Money more than what would need to help lower classes or stop hunger and death in third world. the high ideals of neoliberalism fall dead so now Neoliberal shark-smiled technocratic manipulators, take your stocks to and shove up your asses. >:(

I have been away for a while and time was full of trouble, the usual shit and no free time to post or fix some things in my pc (in a mess), or scanner (still out of duty) but thanks to Whispy we were active. We will stay in Germany for another record and this time we will head north to Hamburg for an out of print ep released by Per Koro in 1998:
Linsay are absolutely unknown to me but interesting enough to be here so i asked Pope to enlighten the darkness, so here is the news:
Linsay were from Hamburg, they shared members with Lebensreform and Loxiran and were part of what was called Northcore which was a group of people that did the mentioned bands (and some more like Tappat, Maxi Dance Sensation etc.), zines like Horizons and record labels like Cum Grano Salis. But most of the bands ended up releasing records on Per Koro. Many people think that they were a SE clique which is not true some were SE some were not! it was just a group of friends / people helping out each other!
The st ep came out in 1998 in fold out sleeve with lyrics, it delivers three tracks where the rough sound of German hardcore is mixed with a sludge flavor, crust parts and intense emotional vocals.
According to internet resources (Discogs,Last.fm etc) Linsay released one ep on Per Koro, one split w Enfold and one three-way split w Deamon's Jaded Passion and Springwater on Blackwood Records
Actually this post was going to be the Enfold/Linsay split but then i realized that is still available:Enfold were from Bielefeld Eastern Westphalia and shared members with Loxiran too, they released one 7", two splits w June's Tragic Drive (Tomte Tumme Tott) and Linsay (Per Koro,still available in a very cheap price) and the "No coming home" lp (2000,Per Koro). Members were also involved with Chispa, and later in Marr and the Now-Denial.
Thats the rant, thanks to Pope for all the infos, cheers
Tracks:
01:Omphalos
02:Evident
03:Demon 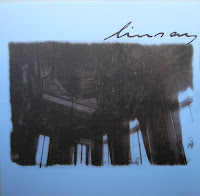 I've a feeling I'm gonna like this - mentioning Enfold just about did it for me! That' good timing, I was thinking of posting the Enfold 7" but was hesitating ("does it really fit this blog?" & all that) - not I'm gonna do it, if it turns out to be OOP. But first, work has to abate before i give up the ghost...

I TOTALLY AGREE WITH WHAT U SAID IN THE INTRO OF THIS POST. LETS HOPE FOR THE COLLAPSE OF SYSTEMS AS WELL!!!

linsay actually did two more split 7"'s. one was with the cole quintet, and one was with an old band of mine called stickfigurecarousel. we were actually going to tour europe with linsay and enfold, but then we broke up. bummer...

Yeah man, now I can listen to it aso on my mp3 player.... is there anyone who has uploaded the ZORN stuff? Thanks

yeah, i bought their 7" when i was 19. now when im getting older (28) this record still blasting my record-player. another 7" that i bought on that times was OneFineDay (chaotic screaming emo metal hc from Italy). these two were my early records that i bought on that times. awesome!
ouh well, my name is Fauzan and i come from Malaysia. i hope i can share something with you guys overhere. stay punk!

thanks Fauzan,its always nice to see people sharing their memories from the old days :)
OneFineDay? i don't know these guys...

loved it back than and want to listen to it again!