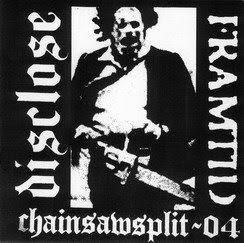 Its been already a year since Kawakami left this world. it was June 5 2007 and he was found dead, the news was spread around the web and in the beginning it seemed to be just a bad joke but very soon it was proved the shitty truth:The voice and guitar machine of Disclose was dead. The chapter was finished and the end of Disclose was near..
I don't want to write a emotional posthumous rant here, this is is not my tend and there is no need for something like that, you all probably know how this story happened. This post is in remembrance of Kawakami and we have sometimes to remember all those who have gone.
The last Disclose gig took place in Osaka,Jpn, you can check some photos in Condensed Fresh blog (Ben, thank you) and the Swedish fanzine "The D in d-beat is for Disclose"
And a few words about the Osaka outfit Framtid: Once again you can check Condensed Fresh for some infos about the band and then visit Crust-Demos for "Consuming shit and mind pollution" demo tape, Distort Minds for their 8 track ep and Fight Against the Plutocrats for "Under the Ashes" lp. Check them also in the amazing "All Crusties Spending Loud Night 2002"DVD

This split was released in 2004 for the Framtid/Disclose Chainsaw tour '04 in USA. it was releaed by Wisper in Darkness, the copy here is from the euro-pressing on RSR records/Dan Doh Records. Each band contributes three D-beat thunders of what they were going to deliver to US punks: The tour was a disaster, Framtid never made it and Disclose made just a short tour in west coast. As i said this is the European pressing of this split, i dont know how many copies were made but some of them seem to pop up in distros around the globe.
Thats it,now go get it
Tracks:
Framtid:
01:Mind and action
02:Life control
03:Punishment
Disclose:
01:Atomic biological chemical
02:The holocaust of war
03:Once the war started 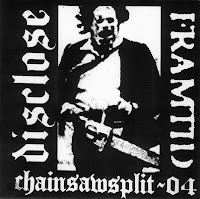 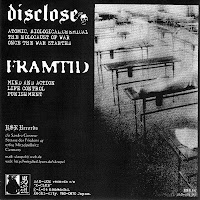 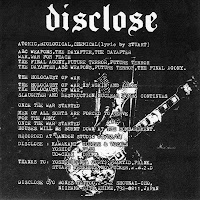 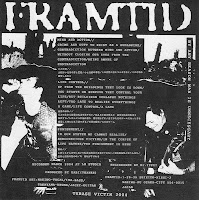 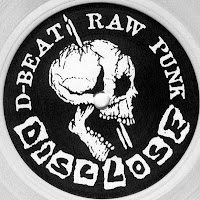 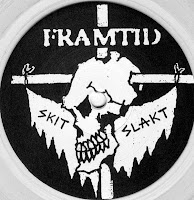 hey, if you haven't seen this before - i posted the final disclose set list & pics from what would be their last show...

Not sure what to say in order to disguise my obvious greed here but, anyway I'll just cut to the chase and ask if anyone knows where to get the disclose / no fucker split.

I could add that rumours have it no fucker and kawakami recorded some stuff during disclose' usa tour and that this may be posthumously Kawakami's last recording output (?)....

You were right, I like the new layout much better! It could only be the thrill of the new, of course (but then again, if this is the reason, I'll just change it back to the old style :P!)

yeah, the split originally came out on dan-doh. i think 700 pressed with 100 of those on white vinyl.

2nd press was the "chainsawtour-04" on whisper in the darkness for the ill-fated US tour.

then the third press was the RSR version (clear vinyl?).

man, i just came to the realization i lost my dan-doh copy! sucks!

**thanks for the props - i've always checked out this blog & never said "hey" or "thanks" for all the great music.

Framtid side is weak,but Disclose side fucking kills,and im not a big Disclose fan :)

Hey Slobodan, I may have an extra copy of the NO FUCKER split. I have over 40 DISCLOSE 7"s so I'm pretty sure I have an extra. They released 2 versions, 1 self-released and the other on Overthrow. Let me know.

Great split, I own maybe 6-8 different pressings, including the limited to 100 RSR re-issue, mines #04 for bragging!! Ha!

What I really love of punk bands is the cover art of their recordings, not to mention their original names. I came over her following a band called Genital Mutilantions.

hey..
anyone know consuming shit and mind pollution lyric??
or where i can find it on the internet please??