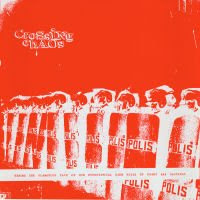 Time for some raging crusty Swedish hardcore: Crossing Chaos hail from Sweden and "Behind the glamorous face.." is a 7" recorded in 1999 and released in 2002 on Yellow Dog Records.
CC formed in 1996 in Avesta, they recorded a couple of demos ["Brand Snutkuk"(1996), s/t(1997) and "Promo '98"] and their first official release was "From the nearest liquor store in hell" (Resist The System Records,2000) that was followed by "Disgusting Reality" (Blindead Productions,2002), and two split ep's w Full Of Hatred (Raid Records,2002) and Another Oppressive System (Cries of Pain,2005). In 2004 they released their first full length "At the end") on Putrid Filth Conspiracy
The entire title of this ep is "Behind the glamorous face of our hypocritical eden ruled by powermad bastards", it was recored in Black Lounge Studio in 1999 and consists of seven tracks of raging crust/hardcore full of anger. Pissed off screaming vocals, fast chords of raging guitars and speedy pounding drums deliver intense straightforward crusty hardcore. High level speed in most of the time, there are only a few slower parts, angry lyrics complete the sonic armaggedon:"You made us addicted to your community machine, law limits and country controls is what i see,living for life nothing is free" and call for rebellion:"Time to fight the fascist system,the system must be crushed,time to fight the enemy,fight for anarchy". The production is decent for the 15:40 of total running time.
"Behind the glamorous face..." was released by Yellow Dog three years after its recording (2002) and it is out of print, some copies may still float around in distros. Apart from their official records Crossing Chaos re-recorded the "Brand Snutkuk" demo in 1999 and contributed tracks in several compilations such as tributes to Mob 47 (Blindead Productions,1999), Anticimex (Pelea Records,2004) and Eddie Medusa(Ägg Tapes & Records,2005) ,in 2007 they toured in Europe.
Tracklist:
01:Hypocrite
02:Pay for living
03:Rock n Roll warrior
04:Dead cop
05:Sick mans world
06:M.D.B.(Murder-Death-Blood)
07:Rebellion 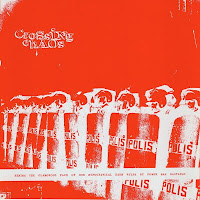 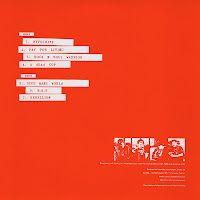 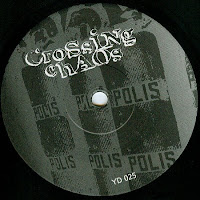 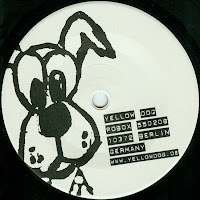 thank you for all men drcrusty@hotmail.fr

Great album, but the main reason for my comment is to bring the attention of the proprietors of 7inch Crust to a post on my blog, hopefully one or more of you will be interested...