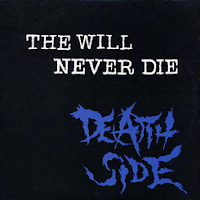 Now let's dive into Japanese hardcore with an amazing record and there is no much to say here: "The will never die" ep was released by Devour/Bloodsucker and can be found in the partial discography "The will never die" 2cd (Nucleus Rec.s incl. almost everything Death Side recorded except the two LP's).
This diamond was put out in 1994 in only 900 copies in a pretty simple black cover and it consists only three tracks of nearly eight minutes of running time and this is enough to blow your mind away: Angry yelled vocals, nice riffs with some metal influences here and there and an amazing blending of their influences (Discharge, Chaos UK, G.B.H. etc) with Japanese hardcore. A classic record from one of the greatest bands of Japanese scene. Out of print since ages this is another collector's and and each time appears, it brings fever to pretencious assholes on eBay
Death Side legacy was not only their discography: Paintbox, Forward and Judgment were born from their ashes and kept the flag of burning spirits high with Forward always remind me of Death Side stuff more than the others, maybe because of Ishiya's voice..
An interview on a 1994 Maximum Rock n Roll issue in Burning Japan.
Lets keep it short this time:its St valentine's day today, check "The will never die" and go get some booze instead of flowers for your lady :)
Tracklist:
1:The will never die
2:Profound freedom
3:Sow the grass seeds 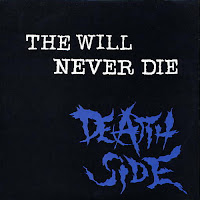 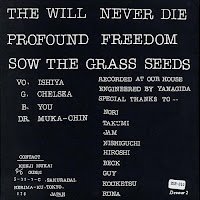 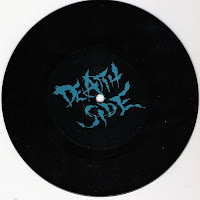 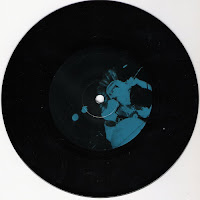 Thanks alot. I love this band but i've always had a hard time finding/affording their stuff.

One of my all-time favorite records - EVER !!!

Thanks, now my Death Side MP3 collection is complete. This probably means I have to start saving for the vinyl.

One of the best band ever.

This record is Great. Thanx!

THE WILL NEVER DIE