Man is the Bastard-Abundance of guns 7" 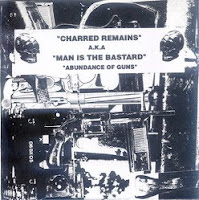 Abundance of guns ep was recorded in April of '92 and was released by SOA Records a few months later. Not much to say about M.I.T.B. and their amazing mix of genres, you probably know. Here they offer nine tracks of 7:30 minutes total running time mixing industrial, powerviolence and grindcore. Sometimes chaotic, some times emotional sludge, sometimes offering nice basslines and drum works. Great and poineering stuff.. Label says "Fist pressing of 1200 copies went out in hard plastic bag, white/blue labels and 100 copies in red vinyl. Following copies had soft plastic bag and different colored vinyls".

Tracklist:
1. Mocha rebirth
2. Semen in the eyesocket of Thomas Lenz
3. Slave to the bean
4. The iron room
5. Incoming
6. Volatile cocktail
7. Tumolt being
8. Abundance of guns
9. Satie 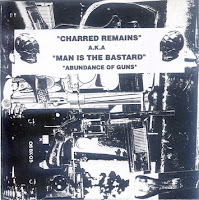 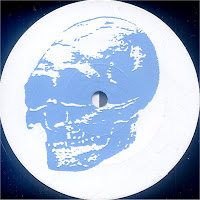 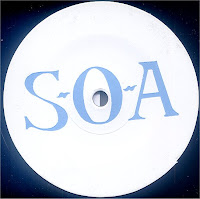 Another awesome 7"
But tell me, how come every release here has at least one or two tracks mis-tagged? You should maybe try using a mass-tagging program so things like year, artist and album are the same for each track. Just sayin'.

no problem for the suggestion,ok, i ll start using a mass-tagging program, i wasn't much into such details but ok,it looks better when the tags are correct..
thanks..

haha, ungrateful bastards. This would be my favorite M.I.T.B ep. It's soooo fucking heavy!

Thanks for this! I sold it a long time ago, but hearing it again now, it appears in a much better light. Very powerful!