Warhead-The lost self and beating heart 7" 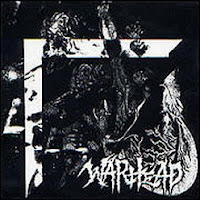 Warhead were a hardcore band from Kyoto Japan in early-mid 90's. I don't know if they had any connection with other bands but one thing is for sure:They were more brutal than the majority of the Japanese legends, Kono Omoi Wo Dokow E is an amazing record delivering some great tunes
Their discography is Cry of Truth 7" (1991,Warhead Records),Kono Omoi Wo Dokow E cd/12" (1993,Bloodsucker), and Drive It In Your Head 7"(1995,Fast Nail Records), they also appeared in One Shot One Kill comp(Overhrow). They reunited and came back in action in 2004 with a split w/Order on HG Fact Records.
The Lost Self And Beating Heart was released by Bloodsucker Records and its a piece of brutal thrash hardcore: There were black and blue vinyl versions delivering six tracks with rough screaming vocals,blazing aggressive guitar riffs and fast drums, dissent production. Imagine a blending of Japanese crushercrust with Burning Spirits styled hardcore (Death Side, Forward,Bastard etc) and you got Warhead
Ugly Pop Records included The Lost self.. in the vinyl version of Kono Omoi Wo Dokow E (What to do whith this yearning) in 2004(thanks Simon)
Tracks:
1. Burn your heart and go through darkness
2. Japanese title
3. Absorb shocks
4. Crazy soul hurricane
5. The lost self and beating heart
6. I'm still alive 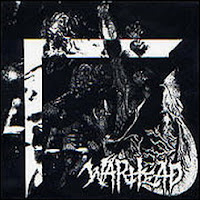 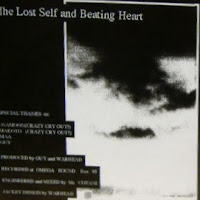 We added this to the vinyl pressing of Warhead's "Kono omoi..." CD to make a full-length LP of them. Ugly Pop doesn't release CDs.

The vinyl version of the Ugly Pop record was released on cd by Bloodsucker records in 2006 that includes the 7".

Any chance for a re-up of this one? I've been trying to finish off the Warhead disco for a while. What a frenzied, awesome band!

Your blog is one of my daily visits... there's always something killer up here. Thanks for all your passion for good, uncommon music.

Thanx for the re-up billy. this band is really over the top. get some more from here, http://churchofzer.blogspot.com/2009/02/warhead-japan-what-to-dothe-lost-self.html Thanx again sir.