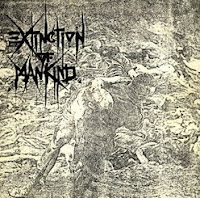 Both bands here need no introduction: Extinction of Mankind is the band that continues the tradition of UK's metallic crust bands of 80's and Warcollapse from Sweden keep offering records, sometimes heavy metallic mid-paced crust and sometimes fast dis hardcore. This split was the first vinyl release for both bands. The production is good and EOM deliver three tracks in their well known style: Heavy midpaced/fast metal edged crust, shouting vocals, nice rhythm section work, thick guitars and influences from the metallic heavy crust of '80's: Antisect, Amebix etc are incarnated in their riffs . Warcollapse songs in this record are in the same vein as EOM but even more rough: Two heavy slow/mid-paced tracks with raw guitars with some faster parts, distorted bass , gruff brutal vocals and anti war lyrics. Released back in 1993 on Elderberry Records
Mankind side:
1. Overruled
2. Extinctionof Mankind
3. Suffer in silence
Warcollapse side:
4. Massgenocide
5. Scorned by bombfighters 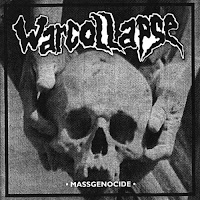 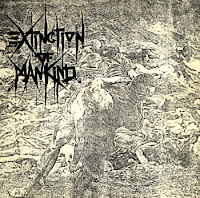 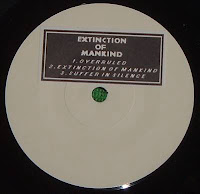 thank's for this. i love both bands alot. crust or rust.