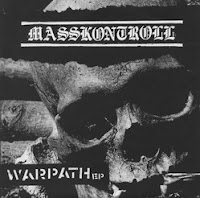 Masskontroll were a hardcore crust band from Portland in the middle 90's. Back in 1995 they delivered this 7" full of japcore and scandinavian mid-80's hardcore influences and lyrics on political issues and apathy of punk scene. Released on Havoc Records, there was a wrong test pressing with the wrong songs in the wrong order. There were 20 test pressings of the fucked up version and 20 test pressings of the final version that was released. First pressing 2,600 black, 400 gold, second pressing 2,000 blue, third pressing 1,000 marbled vinyl, fourth pressing 2,000 on red, Kelly(also in Defiance and later in Detestation, Cluster-Bomb-Unit, Suicide Blitz etc) did up the covers. This is one of the rarest Havoc releases and it is sold out The error'ed pressing tracks were released in No Gods, No Mastering Plants tape
ps: By the time this was posted, the record was out of print (and still is despite Felix's policy to keep available some of his releases, some months later we discovered a few available copies in Heart Fist so there will be no download link
Tracklist:
Side Anarchy:
1. Warpath
2. Sprakta Naziskallar
Side Violence:
3. Minds are Diseased
4. Genocide (Heresy cover) 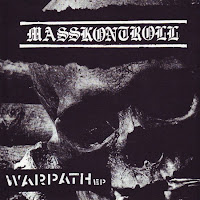 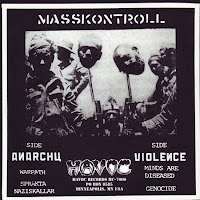 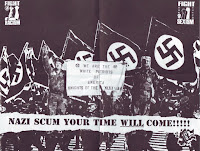 good record, speaking of havoc, do you have the civil disobedience 7"? that sucker rips.

Yes, In a few hours of madness is going to be posted in a few days

masskontroll is great.raw n dark. makes me good moments.tanks for uploading this.i tried the splits with b.o.d n hylkio but they was deleted.thats shit.free music for the punx.. i mean im defenetly not against vinyl records n tapes, im not really like cd s but i own some.i like mostly tapes, but this loads of free music here n on the other blogs is great! n makes me happy!

the only splits were with Battle Of Disarm and Heartline. Unless you count the split 5" with Rupture that was part of a box set comp.