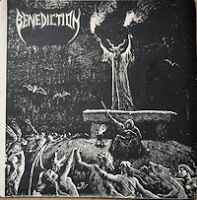 This little red gem comes from the late '80's and its a forgotten flexi from the old school deathsters Benediction. Metal orientated crusties know these vets who along with Bolt Thrower kept the flag of UK's old school death metal high since late '80's. Back in the day and when i was deep into to grindcore and death metal shit, they were one of my favorite bands along with Carcass, Napalm Death, Prophecy of Doom, Terrorizer, Disharmonic Orchestra etc. And since there is a post from these monsters why not something from Benediction? so here we go: "death metal reigns!!!"
The flexi comes in the unusual size of eight inches (which is too large for the usual plastic sleeves made for 7 inch ep's) and brings two songs that last about eight minutes: Subconscious Terror is of course the title track of their first lp and Bonesaw which appeared only in The Dreams You Dread demo tape from1989, (if the song or riffs of it appeared in a song in official release is a question that can be replied by Benediction die hard followers) the recording is live and was probably recorded in the years '89-'91 when Barney was still in the band before join Napalm Death (i love his grunting "punk is dead, rock is dead, hardcore is dead,death metal reigns!") and before Dave Ingram's arrival on vokill duties. Quality wise, this is far from the level of Antisect bootleg and even the cover artwork is far from Benediction's image and lyrical topics. I don't know the year this came out (probably in early '90's) or how many copies were made, if you know any information please share it with us, all i know is this little piece of red flexible vinyl and poor photocopied paper used to reach some high and insane prices on eBay's insanity.
And just a few more lines of meaningless ranting: Some great news about Benediction came up back in 2008 when they announced the release of a split with Wolfbrigade on FETO Rec.s after a seven year hiatus. My enthusiasm turned slowly into disappointment because the record never saw the light of day and the project died in oblivion. Killing Music their latest release is an amazing piece of old school death metal with plenty of crust influences and covers of Amebix and Broken Bones, don't give a shit about the low rates of reviewers in Metal Archives, they just are not into crust. 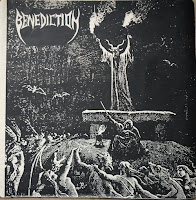 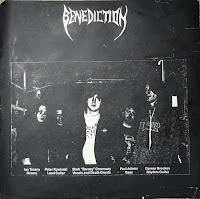 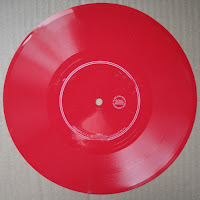 Can't get it from Fileserve !!!
FUCK SOPA

Hey mate,
Talking about UK. Do you have some record from Screaming Holocaust punk band?
I know they released two 7" EPs: "War" and "Cancer Up Your Bum"

Hey mate,
Talking about UK. Do you have some record from Screaming Holocaust punk band?
I know they released two 7" EPs: "War" and "Cancer Up Your Bum"

Hi there! i can't help you my friend,i don't have any record from Screaming Holocaust...:(

Thanks for this post! 7incrust always comes through. This is going to be a great addition to the podcast. Keep it going always. And keep those Napalm Death boots flowing when you can!!!

thanks for the comment,what ND boots you mean?mediafire and 4shared links are active

Its Down! Please give Us a REUP if its okay for you!! THX