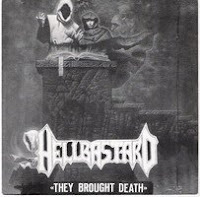 This was posted in the second day of lifetime of this blog in March '07 and since is a classic for the genre here it is again in fresh new rip and scans
There is no much to say about those who first coined the Crust term, what's sad about them is the fact that they belong in this category of bands with glorious/great beginning and continued with not so good/less good/mediocre records in their later releases
They brought death was released in 1989 by the German label Temple of Love Records in 1000 copies of clear gold, yellow, red, black and blue vinyl. The package includes a sheet with some lyrics and special thanks and a second sheet with flyer drowing and infos about Temple of Love releases (Temple of Love was a Neuendeich (north Germany) based label and back in 1988 released the Fear of God 7").
Hellbastard's later records delivered predictable Bay Area thrash metal but their early stuff (Hate Militia & Ripper Crust demos & Heading for Internal Darkness lp from 1988) makes them one of the 80's UK crust legends, They brought death comes from this period:
Schwarzwasser is the emotional intro that leads to the mid tempo thrash attacks of Deadlock and eponymous track, imagine Venom meeting Amebix or to coin Maximum Rock n Roll "Crass meets Metallica", both tracks are too long (the whole ep lasts over fourteen minutes) and despite the metal riffs and the "too much metal" guitar sound, the record stands with one foot in the crust/punk territory and delivers the goods. Good enough to consider it as a classic.
Twenty years after the release of They brought death and it has become a collector's item and is the reason for bid farts on eBay each time it appears, not as big farts as Deviated Instinct's Welcome to the Orgy but still big smelly farts, and since its New Year's Eve Santa Crust brings you two colors and the songs ripped from each record, listen it and say what color sounds better! Cheers and Crusty New Year! 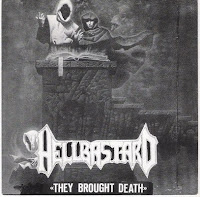 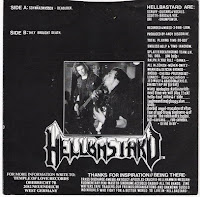 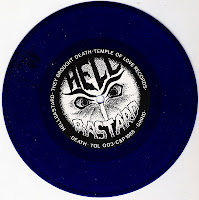 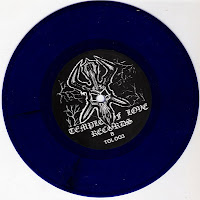 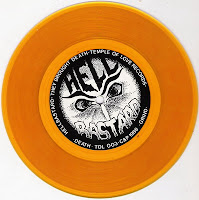 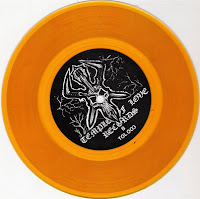 And a crusty new year to you too!

This - at least to me - is probably one of the greatest and most crushing records ever!!! The riffs are simply devastating, even by today's standards, so awesome. Thanks for the reminder (not that it was really required, I still love it and listen to it regularly, but I'll do so now and would not have done so without this post! :) )...

Did you know that you can earn money by locking selected pages of your blog / site?
Simply join Mgcash and implement their Content Locking tool.