Another repost with a record that was posted in the first days of this blog: Panikos is the living history of Greek crust punk scene, they started back in 1989 when they recorded The War Continues demo tape. In 1995 this ep came out and one years later the split lp with WWK from Germany, their last release was the eponymous cd-r in 2000. A few year later Punk.gr Records released The Burning of the Brain discog cd including all tracks from their releases plus the tracks from the legendary Disturbance of Domestic Peace.
The next years the band was inactive but they were formed back in 2003 for one gig in Anarchists camp in Thessaloniki, Greece during the E.U. summit. Recently they came back in action and started playing gigs while there are plans for a new record on Scarecrow/Scream Rec.s/Alcoholic Desaster
the s/t 7" was released by Genet Records, the package includes a foldout poster with lyrics, translation in English, some poetic writing and the usual special thanks. Artwork is just fine, music wise there are two tracks,"When are we going to learn" starts with with slow pace and continues with changes of fast and midpace parts. "All for the money' is one of the greatest songs they even recorded, it starts with a ambient-ish acoustic intro that turns to a heavy mid-paced crust attack.
I said enough, check their myspace for some previously unreleased tracks and new versions of old songs and an amazing cover of Beyond the Sun recorded for a Balcan Amebix Tribute. 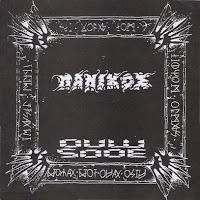 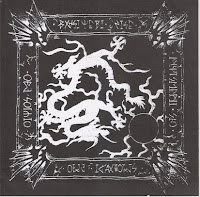 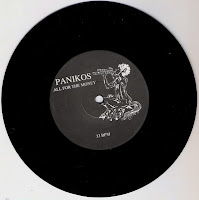 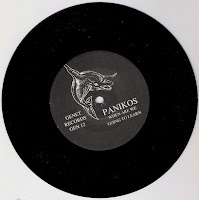 Hell yeah!!!
this seveninch is propably the third or fourth vinyl buy, i ever did.
Way far the hardcore "norms" these delicant guys from thessaloniki played post-hardcore nearly a decade before the bumble-trend thing....
awesome guitar fuzzzzzzzzzzzzzz

a great record from a great band,thanks for the rip and high res. scans

dont be a fucking pussy

up the crust thanks for the continuing great blog

yeah thanks Ray, up the crusties!

Casey i appreciate your kind words....

yeah,more or less i know what happened, i hope they keep it up, kali synexeia me to blog sou se evala sta link

awesome album. now i can practice reading my greek.