Wind of Pain-State of brutality 7" 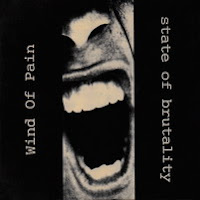 Wind of Pain was a crust band from Helsinki, Finland, they formed around 1993 by people who were also in Selfish, Forca Macabre, Rytmihäiriö, Circus of Flesh and the viking/folk metallers Moonsorrow. They recorded Warpain Explosion three track demo tape and two years later they released two split ep's with Finnish punks Sian Iho (selfreleased) and Money Drug from Poland on Scream Rec.s. State of brutality was released in 1996 and one year later they released Wealthrevel 7" (Scapegoat Rec.s), a split tape with Disclose came out in 1999 by the Slovenian label Abnormal Tapes. Worldmachine was their first and only full length, it came out in 1999 by Malarie. Malarie also released the discog tape Mutilate Mankind, incl. the 95-97 recorded material plus some compilation tracks (thanks to Kris for the link)
State of brutality came out in February of 1996 by the Japanese label Paank Levyt and there is a second pressing (clear vinyl). There are six tracks but only five on the tracklist on back cover, music wise this delivers mid pace to fast crust with metallic riffs, rhythm section full of energy and deep low throaty vocals, imagine Hellshock playing their their songs faster and using a few Hellbastard riffs here and there and you got Wind of Pain. 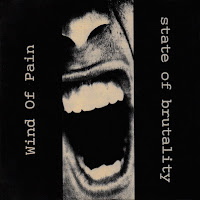 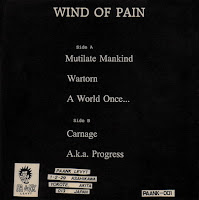 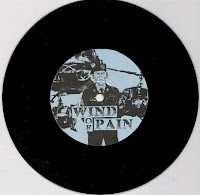 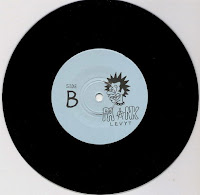 Thanks Kris, its very kind of you to help in this matter, we appreciate it. have a crusty new year! cheers!