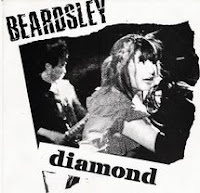 No much free time lately and there 's no way to save time and scan, rip etc so this is going to be short and its about something that i uploaded some time ago: Beardlsey was a female fronted punk from Japan, they formed sometime in mid '80s and all i know about them is their discog, (thats printed on back cover):Crank Up (flexi, 1986), Fly the flag 7"(1986), Image file 7" (1987),Flawless Punk Rock 7"(1987), The warning 7" (1988) and Diamond (1991). All releases minus Diamond were released by Halloween Records. In 1990 they released the Bandit Boy six track cd on Gong Records.
Diamond came out in 1991 on Lost & Found Records (Germany) and consists of three punk tracks and 10 minutes of punk rock with nice melodic female vocals, you can call 'em the Japanese Vice Squad
Google search gives no any information about the record or the band, if you know anything about just drop a line, now go get it and make a trip back to the roots 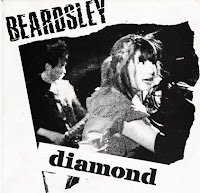 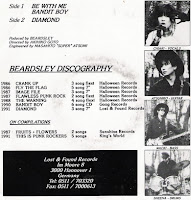 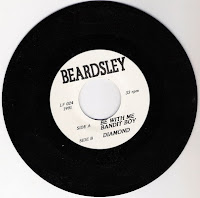 Hello my friend.
Your blog is very good and admired by us.
We also have a blog (www.lagrimapsicodelica.blogspot.com) for four years, with 9000 hits daily.
And recently, we opened an online radio station, called Radio Web Lágrima Psicodélica Underground, which is broadcasting the rock and roll, 24 hours / day.
So we're inviting her to join us in the transmission of our radio website.
If interested in our radio broadcast, I ask that you contact us via email lagrimapsicodelica@gmail.com.

The link below is a description of the partnership between the radio, blogs and websites.

If you wish to place the link and the player of Radio, consult the following link:

wow great post! New band to me. they have a great sound. almost reminds me of Protess also from Japan. Have you heard the Signal Lost / Protess Split ep on Prank records? great one there.

Thanks good post. I needed something a little sweet and pop.

@jimmyC:i haven't heard the Protess/Signal Lost split (it is posted in another blog despite Prank's will....,anyway maybe i ll give it a try.
i checked Lost & Found Records site, it still has some copies of Diamond for 25,00 euros and of other Beardsley releases as well.

weird band, I never knew what to make of it and don't think I ever really dug it too much.. maybe a 15+ year hiatus in playing it can change my mind. Anyway, odd choice for lost & found, but then again an odd label.. kinda like the Ferengi of hardcore (ust check out their AMAZING website: