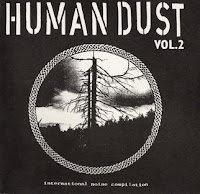 This is a crust/grind compilation released by an unknown label from Dortmund, Germany but what makes it something more than a usual noisy compilation is the tunes of a well known crust legend: Doom appear under a different name and deliver a short grindcore-y track recorded in 1989, This was a surprise for me since there is nothing on front/back cover mentioning about them..
I know nothing about Na Und? Records and only a few about the bands that appear here: The compilation is titled vol 2, sometime before this a vol 1 came out, i have never seen it around though. It comes in foldout cover and purple vinyl and was released in 2000
There are 10 bands and 12 tracks here, most of the them are unknown or at least i never met them before: Basalt is a crust/grind act from Germany and all i know about them is the split w/ Accion Mutante.vÖlkeRmord deliver one track of heavy and sick midpaced stenching crust/grind, they come from Rhur, Germany and they have no any relation to the black metallers from Sweden with the same name. They recorded one demo, they released one lp and according to their myspace they are going to release a split with Instinct of Survival
Tolshock come from Sweden and members were connected with bands such as G-Anx, Counterblast, Farcical ,Warcollapse and many others, they released two 7"s, one split 7" and two 3", Chris posted some of their releases here.
Wartoys come from Germany,all i know about them is "Nachzehrer 7",(thanks to Pope) and Mikes from the band used to run Washingrad Crust blog
Instinct of Survival are the crust dinosaurs from Hamburg and need no any introduction, their tracks come from their early days when they were a grindcore band, once again Pope has posted something for you,here
Tuco Ramirez are absolutely unknown to me but thanks to Bacteria we can lean a few things about them:two tapes, one split w/ Boycot and a few contributions is their history. Music wise they are noisy grinding hardcore
Staniak were from Lüneburg, Niedersachsen, not any infos on their my space
Gmork are the last band from Germany, i dont know anything about them, the black metal band from Russia with the same name has no any relation with them
Sick Terror's track reminds me of Ratos de Porao, they formed in 2000 and they already have a long back catalogue,
And last but not least, Slorm is Doom with John (vocals,)Bri (guitar),Pete(bass) and Stick(drums), the track was recorded in Birmingham in Xmass eve of 1989, there is a small text inside the cover but i don't understand not a single word..i wish only their stuff was a bit more.. 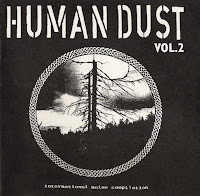 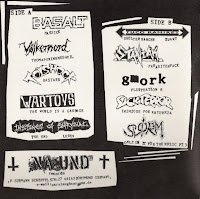 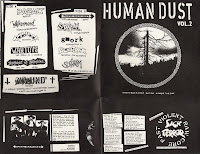 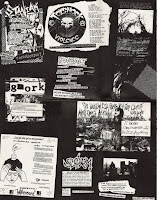 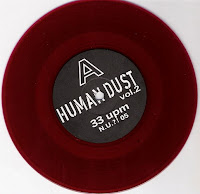 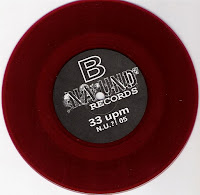 That's way cool! Let me refresh your memory & say that you probably knew Tolshock from the 4-way split tape Hibernation did with them (not that I ever got my hands on it...). I've their split 7" with Scumbrigade which I find OK but not great.

to be honest.. i didn't know about this 4 way split....(roll eyes),any more infos about it?

speaking of Hibernation, i m still waiting for a reply to my mail to Last Scream...
i ripped both Hibernation ep's, i will upload them sometime..

SPREAD THE WORD! SEND THIS DEMO TO YOUR FRIENDS!

sick blog!
check mine out
think you can link me?

i just started it today

Thanks capitalicide. i will post both in Crust-Demos a.s.p.
welcome Carlos, have a nice trip in blog world :)

it's me the pedantic ass once again... thanks for mentioning me but...
the WARTOYS drummer's name is Mikes (he's from the Czech Republic) ;-)

in case you're interested their split 7" with TOTAL RESISTENCIA is up on my blog too and can also be d/l from their myspace page.

and this other German band is called vÖlkeRmord not volkenmord.

I know 2 of them, if I'm not mistaken and while one of the 2 (Wiesmann who did WASTED PAPER one of the most brilliant zines ever!!!) is a great guy the other one is an absolute idiot and I'll just hold myself back from embarrassing him in public cause of Wiesmann!

no! no pedantic ass at all! thanks for the infos, when things are about the German scene you are always the one who can enlighten us (remember Linsay's post..).
cheers

It is rather interesting for me to read that article. Thank author for it. I like such themes and everything that is connected to this matter. I would like to read more on that blog soon.