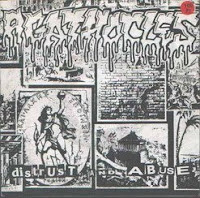 ..and the brutality continues: Distrust and abuse ep was released on Boundless Records in March '93 and AG once again deliver their extremity in six tracks of Mincecore slaughter. Totally distorted growling vocals, grinding guitars, blast beating drums with some slower parts in a nine minutes old school rotten grindcore inferno. 'Get off your ass' is the only track with some "normal" vocals, lyrics deal about social apathy, the rise of nazi scums and sell out bands. An insert with lyrics texts and the AG discography is included, the same tracks appeared two years later on 'Razor Sharp Daggers' cd(and probably in some of the AG compilations..). To be honest, not all the AG records were great, in a listof 120-130 (or maybe more) records you will find some crap/shitty stuff, thats natural, i found my self enjoying the band on the other side of vinyl more than AG in many of the AG 7" splits. But here they can handle their sonic chaos and deliver some great amounts of brutality, i don't know why but somehow they bring in mind the ND's Mentally murdered era
Tracklist:
01. Sieg shit
02. Hatronomus
03. Hideous headchopping
04. Bigheaded bastards
05. Get off your ass
06. Distrust and abuse 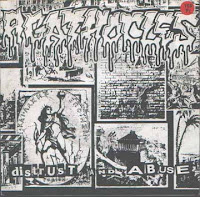 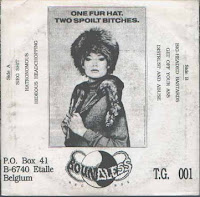 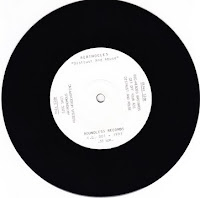 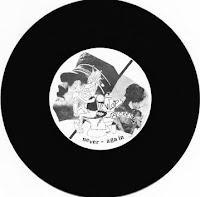 yes thats true,check this list:
http://www.metal-archives.com/band.php?id=2649
i dont know if this list is their complete discography but it must be very close to be correct, they must have about 130-145 records till now

Great post, and blog. i was wondering if you would link me, i have already linked you. my blog is