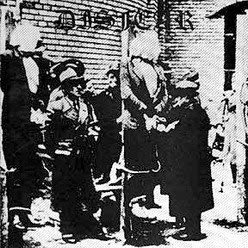 Disfear are theD-beat n Roll crusties from , born from the ashes of Anti-bofors and with a new vocalist. They were formed in early 90's and in late '92 they recorded the eponymous 7" with the help of producer of Entombed Tomas Skogsberg. They have also released several records the last 15 years: Soul scars (1995,Distortion) Everyday slaughter LP(1997), Powerload 7"(2002.Throne Rec.s), "Misanthropic generation lp (2003,Ferald Ward/Relapse), A Brutal Sign of War 10" (2004,Ferald Ward), a split with Zeke and recently the Live The Storm lp and a split ep w Doomriders.In early 90's they split up but the members got together again about a year later.
With a Dis in the name is very clear what these dudes are about: Here they deliver five tracks of Discharge-ish d-beat crust hardcore with harsh toxic vocals, discore riffs and fast tempos. They cover a Svard Parad track, the lyrics are in Swedish and Skogsberg's work on production is great. Recorded in the famous Sunlight Studios and originally released by band's own label No Records and the same year repressed by Finn Records/Rodel Records
Tracklist:
1. Religion
2. Min elegi
3. Underang
4. Vietnam idag 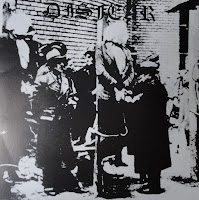 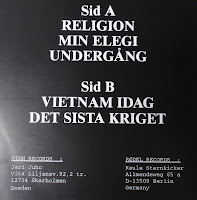 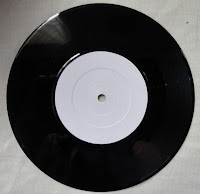 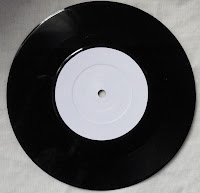 Finn rec bought the rights to this record (and Dispense) from No Records. Rödel was meant to do an "official" release of them and used the the same pressing matrises as the orginal pressing, but never compensating the band/finnrecords.... so, rödel=bootleg