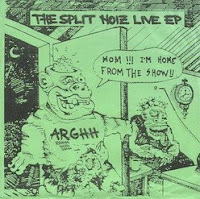 This is the Live Noize split 7" with Extreme Noise Terror and Croatian legends Patareni in a live bootleg that E.N.T. never accepted it as official release,thas how the story goes:
Hadzo, Patareni's old guitarist came to a E.N.T show in Zagreb, recorded it with a walkman, did the vinyl pressing, cover artwork etc and released the bootleg without asking E.N.T.'s authorization but sending them loads of copies for free. Hazdo claims this was an effort to fund hospital fees for a friend who had an accident and assumes this is not a bootleg because of sending tons of copies to E.N.T, on the other hand, E.N.T. never accepted Live Noize as official release because Hazdo never asked permission.
Anyway, bootleg or not this shit includes six Patareni tracks recorded at Ecstacy, (West) Berlin,21.4.1990 and three E.N.T. tracks from a show at Skuc.Zagreb,27.10.1988, the label that released it was Falsanja Kol'Ko's Records in 1990. Six Patareni and three E.N.T tracks is a matter of speaking since the sound quality is not the best in the bootleg world, the kind of noise that Beethoven would thank god for being deaf but a kind of noise that a crustie would prefer to burn some brain cells in eleven minutes of sonic disaster. Enjoy it
Tracks:
Patareni noise:
01:Fuck you at all
02:Patareni
03:Smradovi u prolazu
04:O.T.P. (Omladi Treba Pomoci)
05:Obrij me majko motornom pilom06:Sopen
Extreme Noise Terror noise:
01:Murder
02:Rapping the earth
03:Show us you care 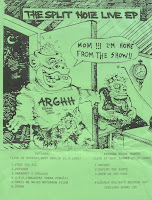 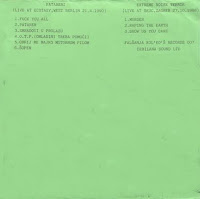 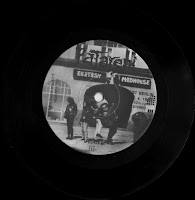 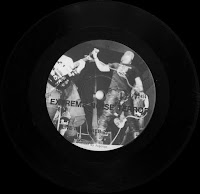 What can you tell me about Patareni? I have a split with them and this band Buka? Word!

Great band, nice grind punk with a long long time history and one of the first grindcore bands ever.i like their stuff, brutal and aggressive,i ll try to post some stuff more from them. check their discography here:
http://en.wikipedia.org/wiki/Patareni

please let me know if you have some Patareni release that you would maybe like to sell or trade. thanx!
karmakumulator@ERASETHISgmail.com

Apparently, that guy from Patareni also made a bootleg from my old band (Fear Of God: Grind Masters LP). Never cared to send even one copy though.

i heard in hardcore book on ent dicography it's noticed as legal release.please check it.