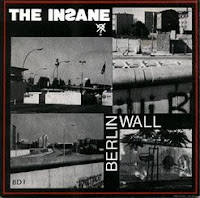 Lets dive back into 80's with a vinyl that brings me a lot of memories from the past, especially the Skeptix side, this intro was my fave part of all Skeptix songs and i could listen it again and again..
The Insane were a UK punk band formed in Wigan in late 1970's. They released one full lenght and 4 ep's including this split. Two boot LP's were put out in 2005 and 07 with live & demo recordings from the early 80's
Skeptix is a legendary UK band, Do i have to say more about them? they are back in action, some old stuff of their's was re-released recently,check their web site for more..
The Insane's side is one punk rock track. Old punk isn't by fave genre so this not my cup of tea but not bad at all. Skeptix side is one track too but more aggressive with a nice slow intro, promising the coming storm and after a while turning into a uk hardcore attack. One of my fave Skeptix tracks but the shittiest cover artwork ever.. (sorry Fish...). Released in 1984 on White Rose Records
Tracklist:
Insane: Berlin wall
Skeptix:Vendeta 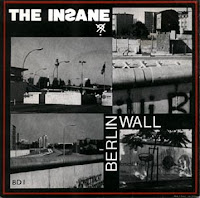 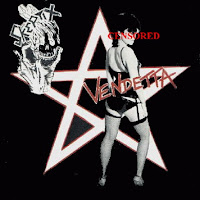 Skeptix were a grand Band....thanks fer the post.....i have the Aftermath 7 ye have in ye wanted list....contact me at nufc.magpies@sbcglobal.net and ill send it oot ta ye lad.

i dont know whats going on, this link look ok...
anyway, i changed it, try again

Great post. I still listen to this split on a regular basis. The tracks from both bands are simply awesome. The Skeptix song is so crushing. Cheers for this, my version was from a cassette tape that is now many moons old. Oh and the Skeptix artwork is fucking class!!

Two of my favourite bands, Great split this.
Cheers
J

one of these days i had in mind to fix it,so here it is, thank you