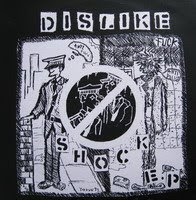 The first post for this year and we started with a little mess: This was supposed to be the Misery Index-Hang em high tour ep, the post was ready with the shittiest text i ever wrote including some boring drunk lecture on misery index economic indicator but then i saw Garden of Exile still has some copies of it, so the post ended up in this old noisy shit

i know only a few about about Dislike, if you know any connection of members with other bands or whatever, write down a line."Shock" (Pogo 77) was their one and only vinyl release, they also released the "Noise" tape on Crust War Records. There were two pressing of "Shock", first press was with card sleeve and insert, second press was with a paper sleeve and no insert, about 500 copies for each. Imagine a travel in time of Gai noisecore sound of 80's into late 90's or add some clear sound in the buzzshaw guitar of Disclose, some yelling vocals, a punky bass and drums and you got "Shock".
Nothing else to say,nuff said, happy new fear to everyone
tracks:
01:The world
02:haphazard
03:No light
04:Live 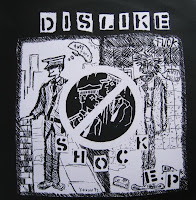 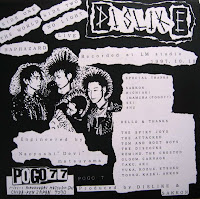 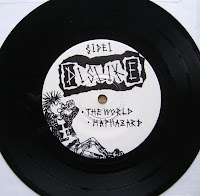 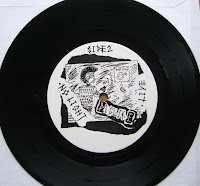 the irst post of the year... and a really cool band...

Happy new year to you as well my friend.

Sean at DamagingNoise will know everything about this, he's posted them before...

I have some pressing info about this record...It may be a year late but whatever

I think about 500 where pressed each time

i have paper sleave with insert???
very strange, underrated band though

4shared sucks , another link anyone?