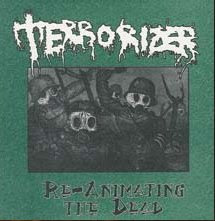 A rare and hard to get piece of grinding noise recorded back in 1987, but lets start from the beginning:
Terrorizer have been bootleged again and again: They released only one official record but their demos and rehearsal recordings used to pop up on vinyl here and there: Their first demo "Nightmares", the eponymous 7" or "From the tomb" are a only a few that come to mind.
"Re-animating the dead" is one of these bootlegs but unlike the other Terrorizer boots this is a live and not a demo/rehearsal recording: A four track ep that sometimes is known as "Live at Hoover" or "Live at the Hoover Auditorium"((Los Angeles, CA) 21.02.1987. Cultmetal says this was released in 2004 and was "limited to 300 or 500 copies (100 green vinyl, 200 or 400 black) and Blank innersleeve". The sound quality is a bit horrible but this was recorded in 80's so don't expect high quality sound level, it works as a must have and piece of rarity for die hard fans
"Crematorium" and "Benediction"appeared for first time in "Nightmares", the first Terrorizer demo while "Re-Animator" comes from a rehearsal in April 1987 known as "Day zero (included in "From the tomb" bootleg along with the rehearsal of August 22), also there a Nausea (LA) song titled Re-animator and appears in Psychological Conflict 7" and maybe is the same song, "Evil dead" is a Death cover.
There is this unofficial Terrorizer site but a lot of infos are missing in their record catalog and even some tracks lists might be wrong (all tracks that appear in the st 7" bootleg are not listed in 4/25/ 1987 rehearsal despite the boot tracks come from this rehearsal)
I know that comments has turned into let down lately and we have become a ghost town but in case you know any infos about this boot or Terrorizer's demo-graphy, (any info about the rehearsal '88 in make a comment and enlighten us. but before that, go and get it
Tracks:
01:Crematorium
02:Benediction
03:Re-Animator
04:Evid dead (Death cover) 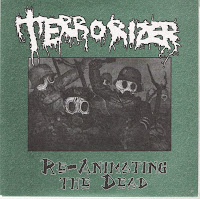 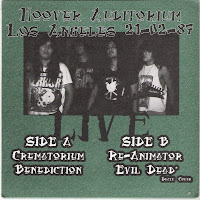 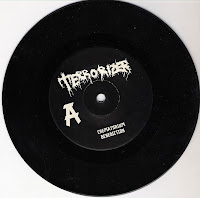 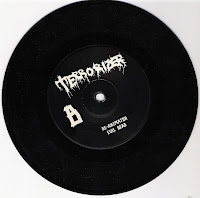 I haven't got any enlightening comments. Other than "Woooo! Terrorizer!"

Thanks a lot! I've looking for this for a long time.
There is some info here about Terrorizer releases that may help you:
http://www.carnagedeathmetal.de/carnage/oldschool/bands/t/terrorizer/Terrorizer.html

thanks for this gem!!!