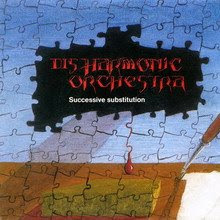 Here 's one of the most underrated metal bands: Disharmonic Orchesta were a death metal band from Klagenfurt, Austria. The term "death metal" is misleading because D.O's death metal was full of hardcore and grindcore influences in their early days and later they became a avantgarde/progressive death metal band, furthermore their lyrics were far from the usual metal topics. All these novelties and genres blending makes them interesting but they stayed underrated and ignored by the majority of metalheads
D.O was formed in 1987 and their first recorded material was "Requiem for the forest" demo tape in 1988, it was followed by "The Unequalled Visual" and "Hypophysis Rehearsal" demos, both recorded in 1988. Their first official release was the split lp with Pungent Stench in 1989, in 1990 they released the "Expositionsprophylaxe" lp (Nuclear Blast) which was the most mainstream record they ever released. Ttwo years later they put out the "Mind seduction/It Was) Just A Thought" 7" (,Nuclear Blast) and "Not to be undimensional conscious" (Nuclear Blast), "Pleasuredome" lp (Steamhammer) was released in 1994 and after that D.O. disbanded, they came back in 2002 with "Ahead" lp

"Successive Substitution" was released in 1989 by Nuclear Blast, the artwork is far from the typical death metal cliches and lyrically they enter the hardcore fields:"Desecration of mother nature,cannot be the pleasure of life,The meaning of life is in your mind,rooting out the lungs of earth". The guitar riffs, the rhythm section work and the raw sound quality bring the band to the grinding crust territory. There were a black and a green vinyl version, there was a mistake on the label and the eponymous track is the one and only track of b side but appears as A2 on label. Due to some printing problems, there was a limited number of green copies (300 or so) with no cover artwork and different sound mixing.
Disharmonic Orchestra are back in action:A new lp is planned for 2008, check their myspace for more news and listen to the last track
Tracks:
01:Inexorable logic
02:Unsupported by evidence
03:Successive substitution 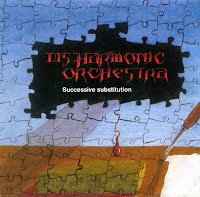 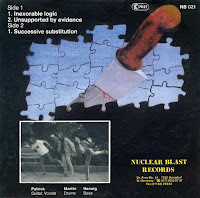 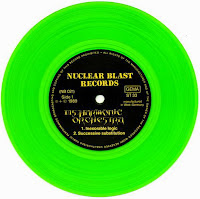 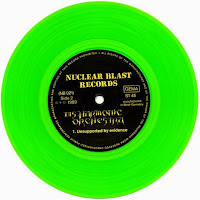 their side on the pungent stench split 12" is even better, totally RAW production and nauseating atmosphere.

haven't listened to this guys in years thanks for reminding!

@ whiteray: yes i know this blog, there is the Grief/Dystopia-split there and maybe some other posts of 7inchcrust, all posts there are taken/stolen from other blogs..

@ matt:i agree with you, their split with Pungent Stench is raw and sick too, maybe better but i think PS side was one of the greatest death metal recordings of '90's.

YES! I love these guys! Great fucking band, so underrated. Thanks for posting this!